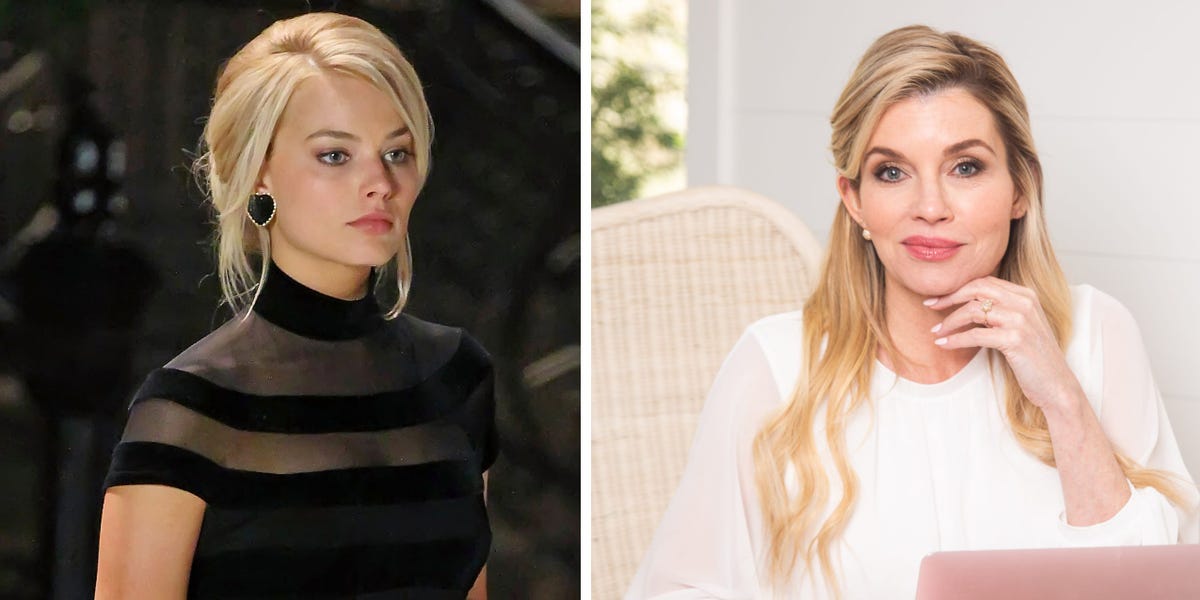 The career rise of Nadine Macaluso, from modeling and marrying the ‘Wolf of Wall Street’ to divorcing him and becoming a family therapist

More than 20 years after ending her marriage to Jordan Belfort, famously known as the “Wolf of Wall Street,” Nadine Macaluso is a family therapist and somatic psychologist using the experiences in her marriage to help others leave abusive relationships.

Macaluso, 54, was played by Margot Robbie in Martin Scorsese’s 2013 film, “The Wolf of Wall Street,” which was adapted from Belfort’s autobiography of the same name. She said that six months into her relationship with Belfort, she realized she needed help.

“That relationship sent me right into therapy,” Macaluso said.

Macaluso recently talked to Insider about the abuse she experienced in her seven-year marriage to Belfort, including gaslighting and domestic violence.

But back then, Macaluso never would have guessed she’d become a therapist herself.

Supporting herself as a model

Macaluso was raised in Brooklyn by her “very psychologically inclined” single mother, she said.

hen she was 17, Macaluso, who said she graduated high school early, realized she had to take care of herself because she couldn’t afford to stay in college.

“I was working in the city, and people would come up to me and say, ‘You should be a model,'” Macaluso said, but she believed at 5 feet 6½ inches, she was too short to model.

She went to an agency called Elite Petite and launched her modeling career doing commercials for Wrigley’s gum and Miller Lite beer.

While she said she had fun as a model, she didn’t love it, “because my mother had always instilled in me that looks go and education is the only thing that you can count on.”

Around the time she met Belfort, Macaluso said she was going to do a TV pilot season — the time when networks pick up new shows — in Los Angeles, and was working on losing her Brooklyn accent to be in national commercials.

Macaluso said she could make up to $3,000 a day modeling, which was a lot of money 25 years ago. But Belfort told her she didn’t have to work. Macaluso said that it’s common in “trauma bonding” — an attachment that develops between an abuser and their victim — that the abuser wants their partner to fully depend on them.

Later in their marriage, Macaluso started her own maternity company.

“I think that was a really important thing when I left him because I did have something of my own that I had cultivated while being a young mother,” Macaluso said.

Macaluso left Belfort when she was 30 years old, and she said it felt like taking her power back.

“My autonomy, my agency, my individuality was very squashed while I was married to him,” Macaluso said. “The final straw of why I left him was because he got arrested.”

Belfort was indicted for money laundering and securities fraud in 1999. Belfort did not immediately respond to an Insider request for comment.

She didn’t want her children to stay in New York City carrying the legacy of what happened to Belfort, so she moved to California and started over.

In Los Angeles, Macaluso worked in the garment business, did yoga, and started meditating. Through meditation, she said she realized she wanted to go back to school and become a therapist.

“Therapy saved my life,” Macaluso said. “I want to really give back to others and be of service. I’m always that type of person that’s searching and wanting to grow.”

Macaluso returned to school at 39 and received her master’s degree from Pacifica Graduate Institute. She decided to stay and earn her Ph.D. She said becoming a psychotherapist felt natural, but it had its challenging moments, too.

“When you’re a therapist, you are supposed to put your bias aside,” Macaluso said. “But there is no way you can’t bring your experience in the room with you.”

Belfort’s book, “The Wolf of Wall Street” came out in 2007, and Macaluso finished her doctorate around the same time the film came out in 2014.

“When the movie did come out, I thought to myself, ‘Oh great, who’s gonna come to me?’ But actually, the opposite happened,” Macaluso said.

Macaluso said she never felt like people came to her because of her association with Belfort, but because they genuinely wanted to learn from her experience.

For women who’ve had experiences similar to hers with leaving an abusive relationship and wanting to pursue their own career, Macaluso said her advice to them is to just go for it.