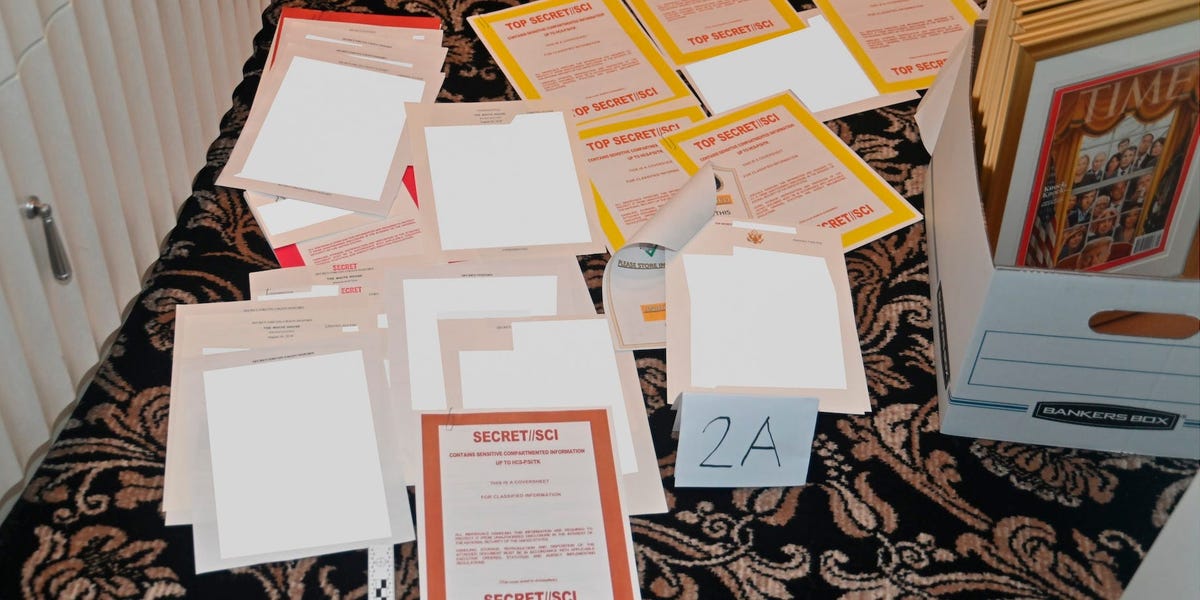 The DOJ believes Trump still may not have returned all White House documents after FBI already seized thousands of pages of material: report


The Justice Department believes Donald Trump still may not have turned over all White House documents, according to a New York Times report, even after the FBI collected thousands of pages of material, including hundreds that were marked classified, and in the midst of an ongoing special master review of the seized items.

A Justice Department official, Jay I. Bratt, recently approached Trump’s lawyers, notifying them that the agency believes the former president has not returned all the documents, according to The Times, which cites two anonymous sources familiar with the situation.

It’s not clear what new evidence the DOJ has that prompted the outreach from the official, The Times reported.

The Department of Justice did not immediately respond to Insider’s request for comment.

According to The Times’ sources, Trump’s lawyers began to discuss whether to take a “cooperative approach” or a “combative” response to the DOJ. The team decided to take a defensive approach, The Times reported.

At least 11,000 pages of official government documents were seized from Mar-a-Lago by the FBI in August. This does not include a trove of material that Trump’s team returned after the National Archives and Records Administration requested them around May 2021.

In September, the Justice Department also revealed that the FBI recovered 48 empty folders that were marked classified. There has been no indication so far that this means there were documents inside the folders that went missing.