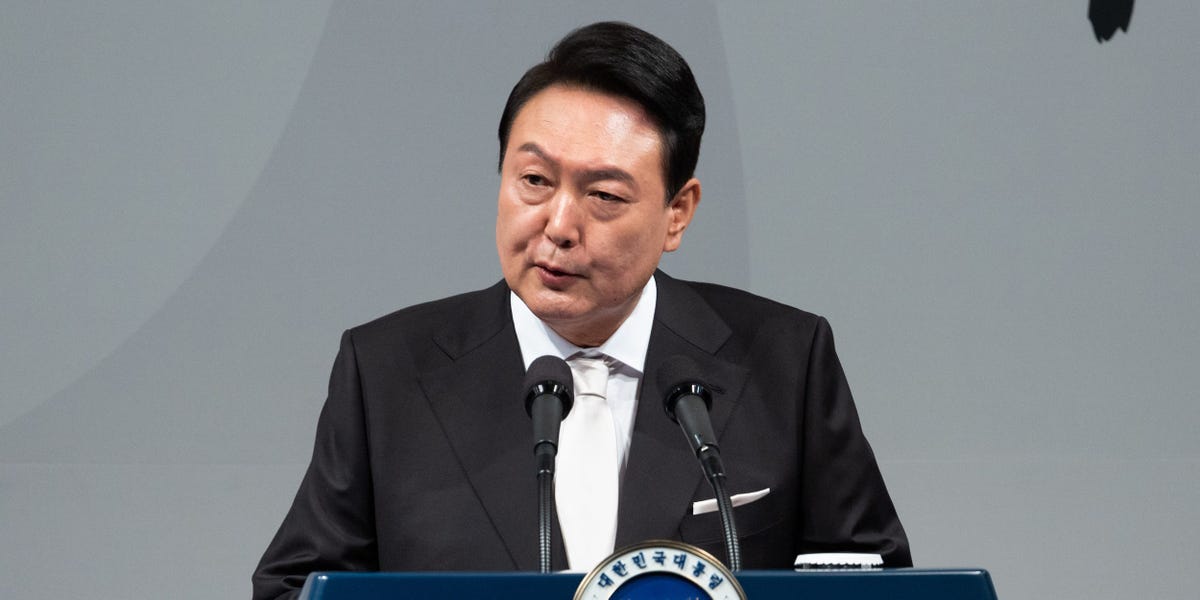 
South Korea’s government will take steps to boost the supply of US dollars in local currency markets, as the won‘s dismal performance this year drives uncertainty about the country’s economy.

“The government will strengthen the safety valve by taking steps to improve the dollar supply-demand situation on the foreign exchange market,” President Yoon Suk-yeol said Friday in a statement.

The won clawed back some of its losses against the dollar Friday. But it was 0.17% lower at last check, with one dollar worth 1,411 won.

South Korea’s currency has fallen 18% against the dollar this year, as the US Federal Reserve’s super-sized interest rate hikes led a flood of yield-hunting foreign investors into the greenback.

In response, Korea dumped more than $15 billion into the foreign exchange market earlier this year, to prop up the won — its biggest intervention since records began in 2019. A weaker currency can drive up inflation, because it makes imports more expensive.

The dollar’s rapid appreciation has led to countries across the world working to strengthen their currencies in what some economists have called a “reverse currency war”.

Central banks are working to keep pace with Fed tightening to prevent their currencies weakening further, which would drive up import costs and inflation.

The European Central Bank and the Bank of England have started weighing up jumbo-sized rate hikes to match the Fed’s aggressive tightening campaign, while the Bank of Japan and the Bank of Korea have dumped billions of dollars into the foreign exchange market in a bid to shore up their slumping currencies.

South Korea and the US agreed Saturday to a deal that would allow Seoul and Washington to swap some of their currency holdings to help stabilize the won.

“The two countries are ready to work closely together to implement liquidity facilities when necessary, such as when financial instability is aggravated by the spread of liquidity crunch in major economies, including Korea,” Treasury Secretary Janet Yellen and South Korea finance minister Choo Kyung-ho said in a joint statement.

Yoon said Friday that in addition to increasing dollar liquidity, the Korean government will relaunch a fund that aims to stabilize the country’s stock markets, and take steps to encourage foreign investors to buy South Korean stocks and bonds.