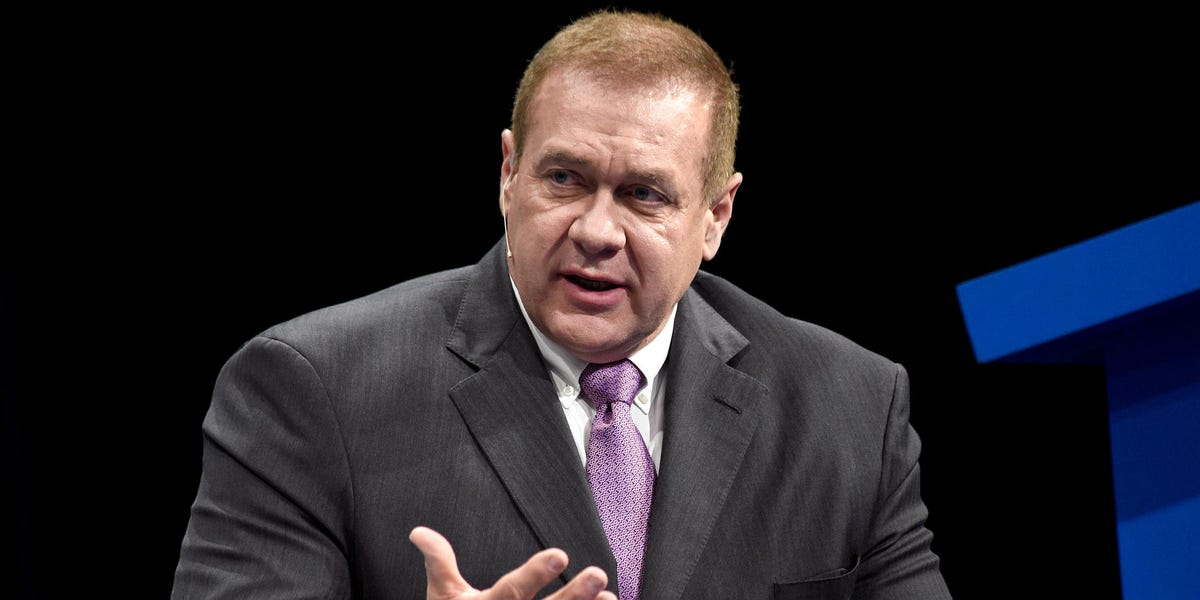 The Fed’s jumbo rate hikes are spreading cracks through markets – so get ready for a pivot, Guggenheim’s Scott Minerd says


The Federal Reserve is likely to soon pivot away from aggressive interest rate hikes – and if it doesn’t make the shift, it could “break” financial markets, according to Guggenheim Partners’ Scott Minerd.

On Thursday, Minerd told CNBC’s “Closing Bell: Overtime” that the Fed will likely have to pause or reverse its tightening campaign soon.

“All the signs are there,” he said. “I can’t tell you exactly what will cause it, but the environment is ripe.”

The US central bank is closely watching inflation and employment data releases, the Guggenheim global investment chief noted in a recent outlook. But he thinks financial stability and market functioning should also be on the central bank’s radar.

Minerd repeated his warnings that the US central bank’s commitment to using fast-paced hikes to tame red-hot inflation has caused cracks to develop across multiple asset classes.

“The environment is ripe for a crisis, and if the Fed keeps its hawkish communication up, I think we’re quite likely to have something break in the financial markets,” he told CNBC.

The Fed has hiked interest rates by 75 basis points at three consecutive meetings in a bid to bring soaring prices under control. That’s created pressure on economies worldwide, as other central banks race to defend their currencies against the US dollar, which has soared about 17% this year.

Minerd pointed to the UK — where the Bank of England has started temporarily buying government bonds to stabilize debt markets — as one example of central bank tightening leading to breakages.

“We are seeing cracks all over the place,” he said. “Of course one of the biggest was the incident we saw in the UK where the Bank of England had to step into the gilt market.”

Japan has dumped dollars and bought yen to defend its currency against the surging dollar, while the European Central Bank has started rate hiking despite the region’s economic vulnerability to Russia’s ongoing war in Ukraine.

“We have this synchronized tightening by all the central banks around the world, including the Bank of Japan and the ECB,” Minerd said. “Global liquidity is receding rapidly.”

The US central bank will be eyeing Friday’s non-farm payrolls data, Minerd said. The Fed would likely feel it has less scope to hike rates aggressively if unemployment rises faster than expected in the October jobs report.

“It’s just a matter of a pinprick that could bring about a Fed pause or a pivot,” Minerd said. “75% of the time over the last 25 years, non-farm payrolls have come in lower than expectation for the month of September.”

Mounting pressure for the Fed to end its aggressive rate hikes will likely provide a tailwind to stocks and other riskier assets, Minerd added.

“Something like that would probably catch investors off-guard and could immediately lead to a rally,” he said.