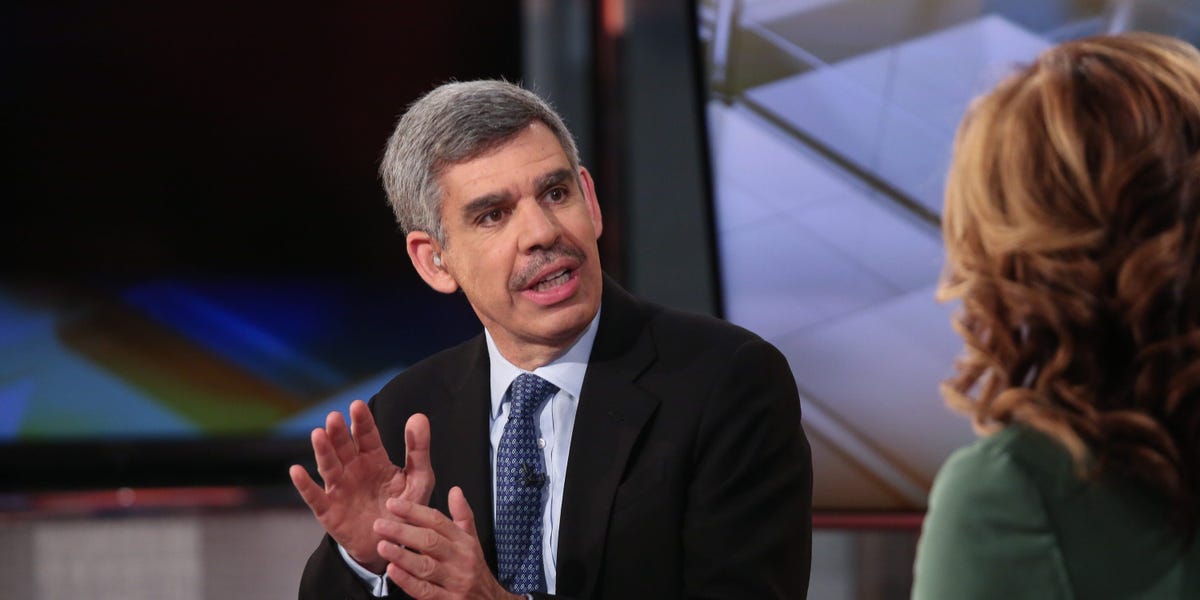 The Fed’s mistakes created a threat to financial stability – and ‘there’s no ladder out of this hole,’ Mohamed El-Erian warns

Past Federal Reserve mistakes have created a threat to financial stability, Mohamed El-Erian has warned.

The economist criticized the Fed for not raising interest rates aggressively until June – and said the central bank could now end up “overdoing” rate hikes as it battles to tame red-hot inflation.

“Will they end up overdoing it? Most likely yes,” El-Erian told CNBC on Monday. “So they’ve gotten themselves into this hole, and unfortunately they don’t know how to get out of this hole. There’s no ladder out of this hole.”

“You have no choice but to pay for their mistakes and that’s one of the tragedies of the situation,” he added. “It’s not just about inflation and a recession, it’s about financial stability. That’s the third leg of this thing.”

But since then, the Fed has hiked interest rates five times in 2022, including by 75 basis points at three consecutive meetings, in a bid to bring soaring prices under control.

“I don’t know how we can avoid paying for this mistake because they have been late, they mischaracterized inflation as transitory and when they finally recognized that mistake, they didn’t act,” El-Erian said. “In the middle of March when we printed the February inflation print over 7%, they were still injecting liquidity into this economy.”

The Fed’s efforts to catch up since then have increased the risk of a recession, but they also risk causing significant disruption in financial markets, according to El-Erian.

He told CNBC that rate hikes will make borrowing significantly more expensive for indebted companies – and that overleveraged investors will continue to suffer as the Fed’s tightening campaign pops bubbles across asset classes.

“Zombie companies are finding it much harder to refinance. And if they can get refinancing, the cost of refinancing makes the numbers look completely different,” El-Erian said. “Then you can go to various investors who overlevered, that’s going to be an issue.”

“We have to keep an eye on the third element, which is financial stability. It’s not just about inflation and growth,” he added.

There are already signs that the Fed’s aggressive rate hikes are causing economic chaos abroad.

The Bank of England has started buying government bonds and delayed its efforts to slash its balance sheet in a bid to stabilize debt markets after the pound plummeted and yields on 10-year gilts surged.

That disruption could be a sign of things to come, El-Erian warned.

“We’re coming from 0% interest rates. The whole system was conditioned to believe that 0% interest rates were forever, and now we’re adjusting,” he said. “The UK has given us a warning sign.”

While some have called for the Fed to pause or pivot away from its tightening campaign, El-Erian predicted another 75-basis-point rate hike at its next meeting on November 2.

He said that the central bank’s fears of stagflation – a combination of soaring prices and sluggish growth – will prevent it from easing up its tightening efforts.

“They can’t,” he told CNBC when asked about the likelihood of a 50-basis-point rate hike. “If they do 50, then we’ll be at this table talking about stagflation.”