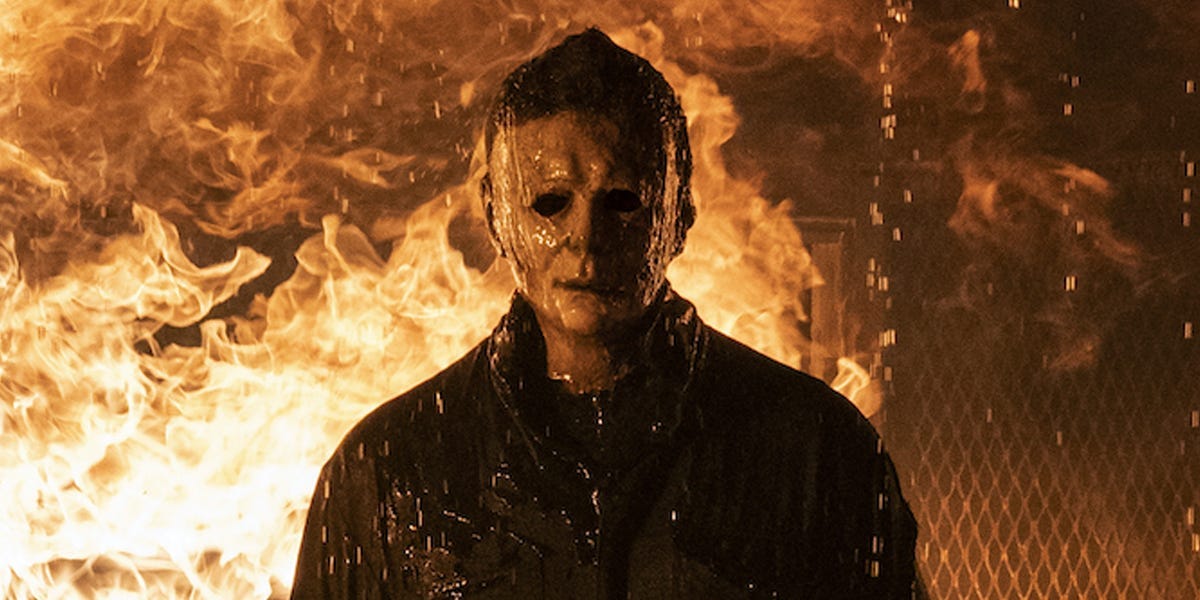 The ‘Halloween’ horror franchise features 13 movies — here’s where to watch them all, from the 1978 original to the new trilogy

“Halloween” is one of the most popular horror franchises of all time. The series is credited with establishing many slasher film tropes and it remains a staple of the genre 44 years after the first movie premiered.

The franchise began with John Carpenter’s “Halloween” in 1978, and since then the series has seen several sequels, reboots, and remakes. Nearly every “Halloween” movie features a battle between killer Michael Myers and former babysitter Laurie Strode, a character played by scream queen Jamie Lee Curtis.

Though Curtis doesn’t appear in every “Halloween” film, she’s been the focal point of the franchise’s most recent trilogy, which is set to conclude with “Halloween Ends” when it premieres on October 14 in theaters and on Peacock.

If you’re looking to catch up on the entire “Halloween” franchise before seeing the new movie, you’re in luck. All 12 previous films are available to stream or rent on several services.

Where to watch every movie in the ‘Halloween’ franchise

Most of the “Halloween” movies are spread between the AMC Plus ($9/month) and Peacock Premium ($5/month) subscription streaming services. Considering the franchise is geared toward the Halloween season, these movies are likely to stay on these platforms throughout October.

With the exception of the new release “Halloween Ends,” every movie in the “Halloween” franchise is also available to rent or buy through digital retailers like Amazon and Vudu.

What is the correct order to watch the ‘Halloween’ movies?

The “Halloween” franchise is notorious for its confusing continuity. Within the film series, there are several direct sequels, reboots, standalone entries, retcons, and remakes that lead to separate storylines.

The franchise is commonly divided into three sections: The original “Halloween” film series, Rob Zombie’s remakes, and the reboot trilogy. The order you should stream the movies in and which titles you should watch, depends on which storyline you’re interested in following.

The first 24 years of the “Halloween” franchise can be grouped together despite there being some retcons and inconsistencies. “Halloween III: Season of the Witch” can be watched last considering it stands apart from the rest of the franchise, while “Halloween H20: 20 Years Later” and its direct sequel “Halloween: Resurrection” pretty much ignore the third, fourth, fifth, and sixth entries in the series.

Here’s the best order to watch the ‘Halloween’ remake movies from Rob Zombie:

The above remakes are directed by Rob Zombie, and they are completely separate from the original franchise continuity. Actress Scout Taylor-Compton plays Laurie Strode in these films instead of Jamie Lee Curtis.

Here’s the best order to watch the ‘Halloween’ reboot storyline:

The most recent “Halloween” movies are part of a reboot trilogy that ignores every previous installment except for the original 1978 movie. If you’re interested in watching these films, it’s best to start with the original movie and then stream the new trilogy.

Jordan Williams is a freelance contributor for Insider Reviews. She covers streaming service trends, value comparisons, and content availability. She has been writing about streaming and the entertainment industry since 2021, having published over 1,000 articles to date across different publications.
Since 2021, Jordan has been a movie/TV features writer at Screen Rant, where she has also covered industry news, exclusive events, set visits, and reviews. She graduated Summa Cum Laude from the University of Oregon in 2020 with a major in Psychology and a minor in Media Studies.
When not writing about tech or movies, Jordan enjoys exploring the natural beauties of the Pacific Northwest. She can also be found posting reviews on Letterboxd or rewatching “Schitt’s Creek” for the umpteenth time.