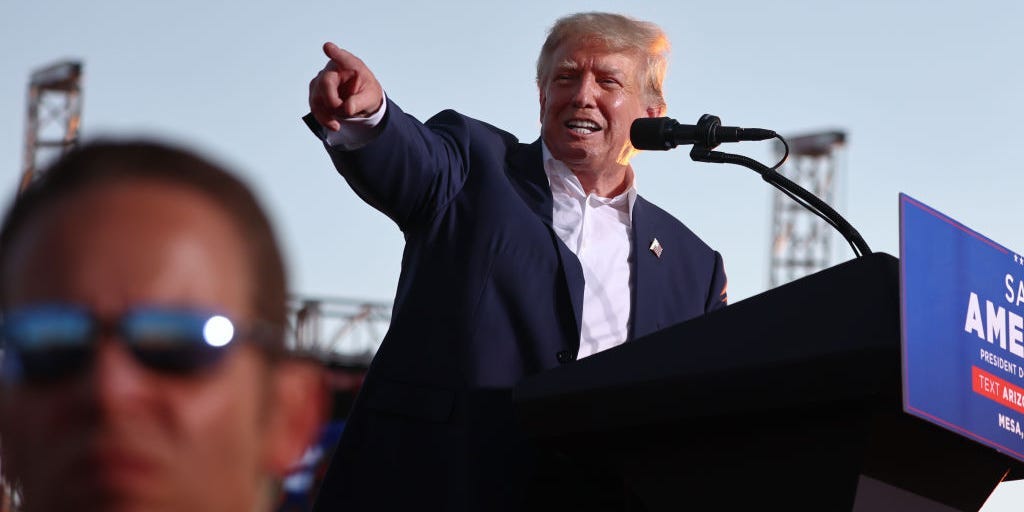 The National Archives and Records Administration (NARA) rejected a claim by former President Donald Trump that other former presidents mishandled government records after they left the White House.

Trump is currently under investigation by the Justice Department for taking thousands of government documents with him after leaving office, including highly classified information, and keeping them in his poorly secured Mar-a-Lago country club in Florida.

In recent statements and at a rally on Sunday, Trump has accused other former presidents of mishandling government records after leaving office, but said they faced no legal penalties.

He said Barack Obama kept them in a building in Chicago and George HW Bush in a Chinese restaurant and a bowling alley “with no security and a broken front door.”

He was apparently referring to reports about temporary facilities that NARA stored Bush’s and Obama’s records in before their transfer to their respective presidential libraries.

In a statement on Monday, NARA said that the temporary facilities records were kept at “met strict archival and security standards, and have been managed and staffed exclusively by NARA employees.”

“Reports that indicate or imply that those Presidential records were in the possession of the former Presidents or their representatives, after they left office, or that the records were housed in substandard conditions, are false and misleading.”

Under the Presidential Records Act, presidents must hand over all government records to the NARA on leaving office.

They can then apply for permission to borrow them from the government for display in their presidential libraries.

“NARA securely moved these records to temporary facilities that NARA leased from the General Services Administration (GSA), near the locations of the future Presidential Libraries that former Presidents built for NARA,” the statement said.

In contrast, Trump is accused of taking documents with him after leaving office without handing them over, including top secret information that can only be viewed by a small number of authorized officials in highly secure facilities.

According to DOJ court filings, the documents were haphazardly stored alongside Trump’s personal belongings in a storage room and offices at Mar-a-Lago, prompting a counterintelligence investigation.

Trump is currently battling to prevent the DOJ from accessing all of the documents that the FBI retrieved in the raid, claiming that he had a right to keep them, and also saying without evidence that the FBI planted documents as part of a plot against him.

His lawyers have focussed on the narrower claim that some of the records were protected by privilege rules, but the DOJ found that only a small number fell into that category.