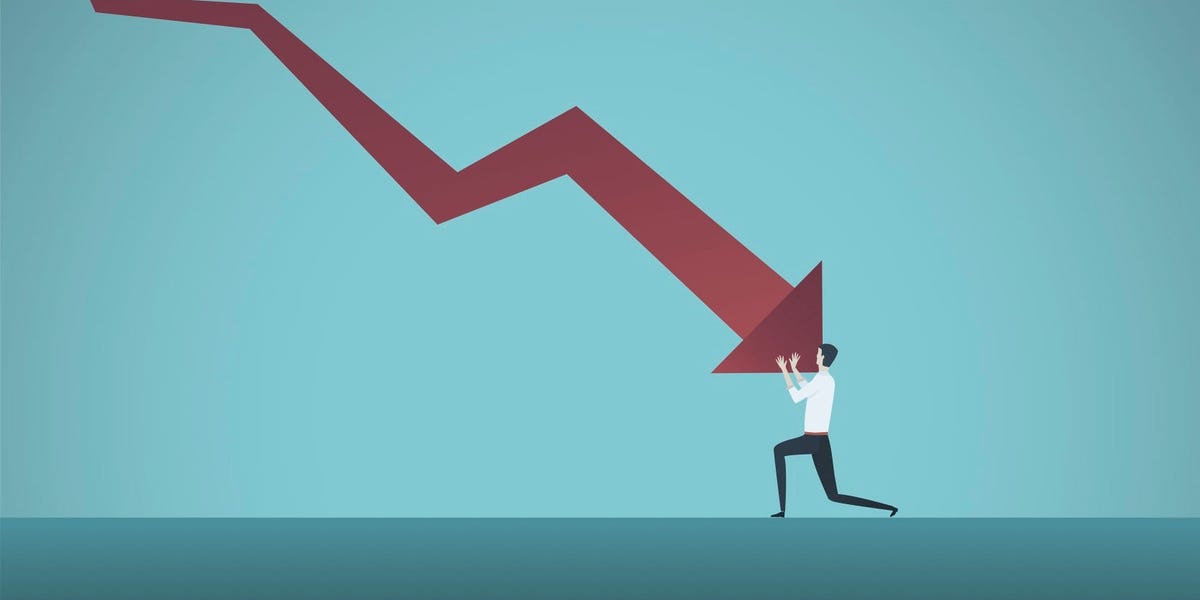 The risks of a prolonged period of inflation and a global economic downturn are rising, and stocks could fall another 14% by mid-2023, S&P Global says

The risks of a longer period of inflation and a global recession are rising, and US stocks could plunge another 14% by mid-next year, according to S&P Global.

“The potential for a prolonged period of rising inflation and low economic growth is increasing,” S&P Global analysts said in a note on Wednesday. “If the Fed’s ongoing efforts to curb inflation fail, the US economy could face a hard landing, and monetary tightening beyond current expectations could lead to a deeper-than expected recession.”

Warning signs continued to flash on Thursday morning shortly after the release of the September Consumer Price Index report, which shows inflation coming in hotter than expected. Headline CPI clocked in at 8.2% and core-inflation reached a 40-year-high.

The high inflation reading is setting expectations for another aggressive rate hike by the central bank, which Wall Street pundits have warned could bring a serious recession and create more headwinds for stocks. JPMorgan CEO Jamie Dimon predicted last week a recession will hit in six to nine months, and stocks could plunge another 20%. Others foresee an even steeper downturn, and top economist Nouriel Roubini warning of a stagflation ary-debt crisis and a 40% sell-off in the stock market.

In addition to stalling the US economy, Fed tightening threatens other economies, as a strong dollar exports further inflation abroad as it surges against rival currencies.

In particularly, energy-strapped Europe is a concern, as the war between Russian and Ukraine is likely to drag on, which will exert more strain on the supply for energy markets and drive prices even higher.

The research firm estimated that the Fed could raise the fed funds rate to at least 5%-5.25% by mid-next year, and will likely stay “higher for longer” compared to current expectations – which could lead stocks to plummet as much as 14.5% by mid-2023, analysts warned.