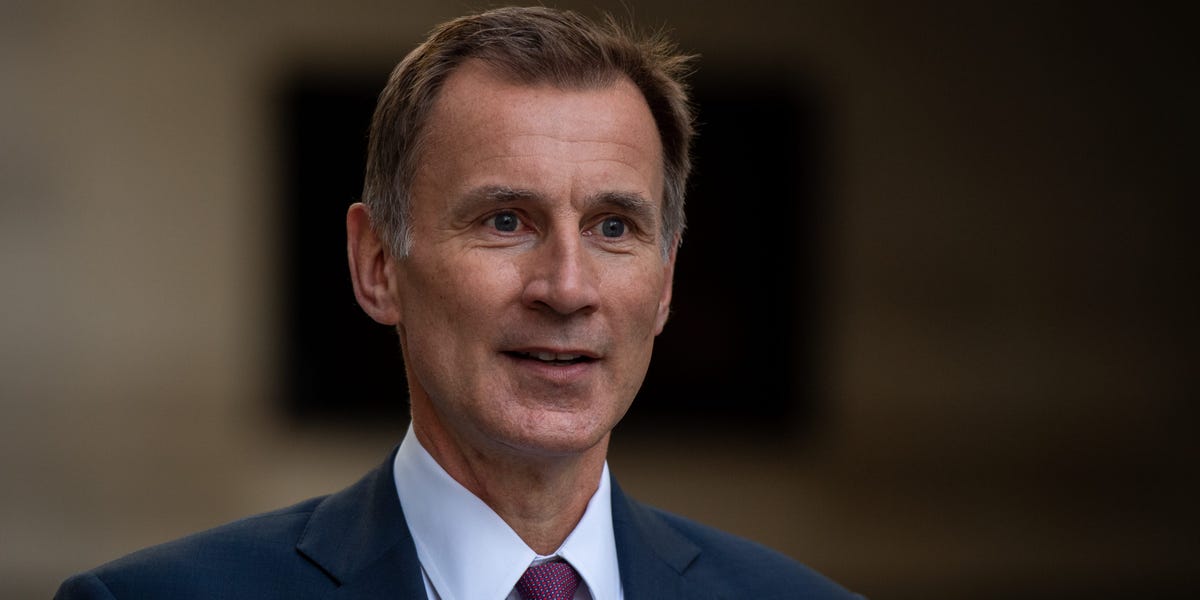 The UK’s newly appointed finance minister Jeremy Hunt will lay out details of the Truss government’s tax plans Monday, seen as a move to try to settle markets still jittery about their impact on the economy.

The Treasury chief is speeding up the announcement of some tax measures by two weeks, after a series of abrupt U-turns by the government on its mini-budget failed to calm worries about its economic credibility.

Chancellor of the Exchequer Hunt will make an emergency statement on measures in the medium-term fiscal plan on Monday, the Treasury said in a statement. The full plan is still scheduled to be published as planned on October 31, it said.

Since Hunt took office on Friday, he has a signaled he will water down the tax plans laid out by his predecessor Kwasi Kwarteng in a mini-budget earlier on October. The British pound crashed to an all-time low against the dollar, and yields on UK government bonds (gilts) shot up as the tax plan fueled fears of faster inflation, and spiraling government debt.

The turmoil prompted Nobel laureate Paul Krugman to say the UK markets were “behaving like those of a developing country.”

That and political pressure on Prime Minister Liz Truss has led to a series of U-turns on the tax plans in recent days. These include scrapping a planned hike in corporation tax to 25% from 19%, and back-pedaling on the plan to cut the highest income tax rate of 45%.

Ahead of the Hunt announcement, analysts were skeptical about the moves to stabilize the markets, saying they don’t solve fundamental economic problems.

“UK PM Truss sacking her Chancellor and partially rolling back unfunded tax cuts has perhaps bought time, but not distracted from gaping fiscal holes that remain,” Vishnu Varathan, the head of economics and strategy at Mizuho Bank, said in a note on Monday.

Hunt is now expected to delay a planned cut to the basic rate of income tax by a year, The Sunday Times reported Sunday, citing unidentified sources.

This latest development came as the UK’s Office for Budget Responsibility, or OBR, — a public body that analyses public finances —is forecasting a shortfall of up to 72 billion British pounds, or $80.8 billion, in the public coffers by 2027 to 2028, per The Sunday Times.

The delayed tax cuts — which were originally slated for April 2023 — are expected to save the UK Treasury £5 billion, or $5.6 billion, a year, according to The Sunday Times.

The Treasury and the Office for Budget Responsibility did not immediately respond to Insider requests for comment outside regular business hours.

The UK economy is on the cusp of a recession, after a surprise 0.3% fall in GDP in August. The economy also contracted 0.3% in the three months to August — its first decline since early 2021 amid the COVID-19 pandemic. A recession is commonly defined as two consecutive quarters of GDP declines.