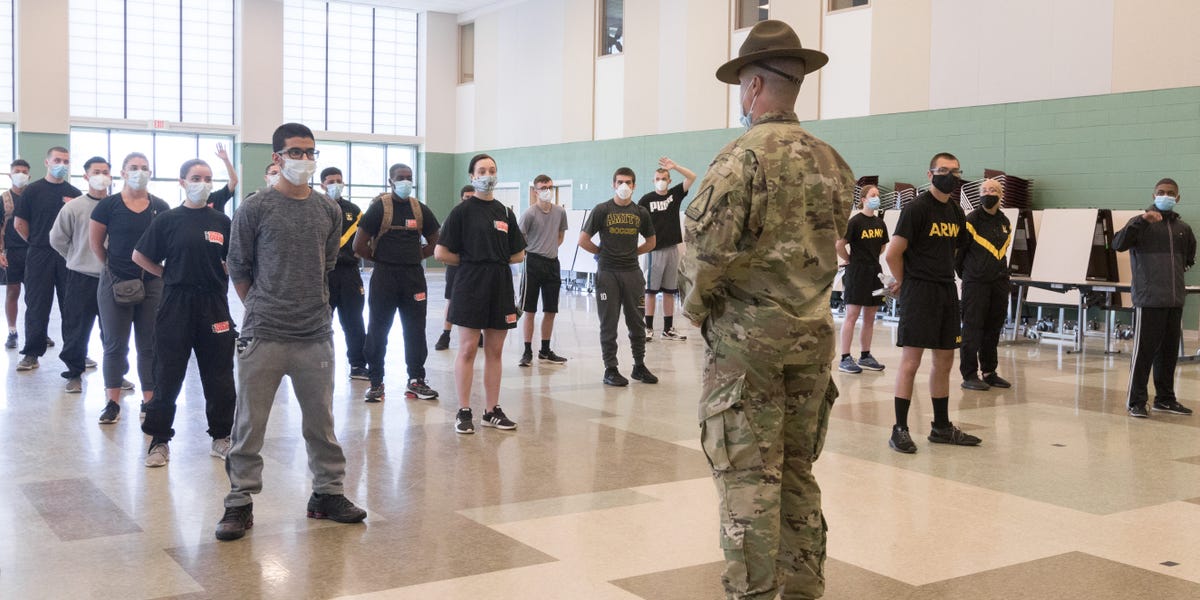 The US Army is struggling to recruit as most of Gen Z is ineligible to serve due to factors like obesity, drug use, and tattoos


The labor shortage continues to plague organizations across the country, and the US Army is not immune.

On Friday, military officials confirmed that the Army came up 25% — or 15,000 soldiers — short of its recruitment goal for this year. And the other military branches are already behind heading into next year.

The reasons for these struggles vary. But even if the military was the only employer left calling, there’s reason to believe the vast majority of Gen Z — today’s target generation for recruitment — wouldn’t even qualify.

According to a 2020 Pentagon study first reported on by Military.com last Friday, 77% of 17 to 24 year-olds were ineligible for military service without a waiver, a six percent increase from the last study in 2017.

Per the report, the majority of the 77% would not have qualified for multiple reasons. But among those with just one reason, “overweight,” “drug and alcohol abuse,” “medical/physical” health, and “mental health” were the most prevalent disqualifiers at 11%, 8%, 7%, and 4% respectively.

“To put it bluntly, I’m worried we are now in the early days of a long-term threat to the all-volunteer force, with a small and declining number of Americans who are eligible and interested in military service,” North Carolina Senator Thom Tillis said at an April hearing.

While eligibility remains a concern, other obstacles have made recruitment difficult in recent years.

The pandemic shut down traditional in-person recruiting avenues, and the shift to Zoom seems to have proved only marginally effective. Some have speculated that various scandals, as well the further removal from the wave of enlistments that followed the 9/11 terrorist attacks, could also be contributing to the shortage.

“Youth are more disconnected and disinterested compared to previous generations,” Department of Defense spokesman Charlie Dietz told Military.com. “The declining veteran population and shrinking military footprint has contributed to a market that is unfamiliar with military service resulting in an overreliance of military stereotypes.”

The military is faced with the same labor shortage US businesses are dealing with. As job openings remain elevated and companies offer higher wages and perks, many young people have opted for other career paths in recent years. In response, the Army has begun offering sign-on bonuses as high as $50,000 for some roles. But this clearly hasn’t solved the problem. Even if millions of Gen Zers began flocking to the military ranks, the Pentagon report suggests many might be turned away.

Obesity, mental health, and tattoos are creating obstacles to enlistment

As of 2021, 56 percent of Americans aged 18 to 25 were overweight or obese, according to Johns Hopkins research, a number that’s risen in past decades.

While it’s not uncommon for recruits who don’t meet the body fat requirements to receive waivers — as many as 8% of the military was clinically overweight as of 2016 — this remains an obstacle to military recruitment.

“With an increase in youth being ineligible for military service, it is more important than ever for policymakers, including state and local school boards, to promote healthy eating, increased access to fresh and nutritious foods, and physical activity for children from an early age,” the nonprofit organization Council for a Strong America, said in a release.

Military recruits can also be ineligible if they’ve had certain mental health disorders like schizophrenia or bipolar disorder. Even a history of treatment for anxiety or depression can prove to be an obstacle.

In 2017 for instance, an Army lieutenant’s daughter’s enlistment was reportedly denied because she met with a counselor as a child while she was struggling with her father’s military deployment. Though she ultimately received a waiver in 2019, it doesn’t always play out this way.

A 2014 study found that 25% of non-deployed military members had some form of a mental disorder. While a mental health diagnosis can disqualify a recruit, service members are eligible for therapy and medication if the diagnosis is made after they’ve enlisted. And it’s possible some with mental challenges prior to enlistment have managed to keep them quiet during the recruiting process.

COVID vaccine requirements may have deterred some applicants as well.

Rules around tattoos in the military cause confusion

Other factors that have contributed to eligibility problems as well — including opaque rules around tattoos.

An August report from the Government Accountability Office found that most branches have provided waivers for enlistees with tattoos. But the requirements for these waivers, and whether tattoos are a “barrier to future or continued military service,” have not been clearly spelled out in policies, the report said. The authors speculated that this uncertainty could be deterring some young Americans from enlisting.

In June, the Army took some steps to clarify exactly what is permitted. It reportedly now allows recruits and soldiers to, for instance, have one tattoo on each hand — as long as they do not exceed one inch in length.

When reached for comment, US Army spokesperson Sgt. 1st Class Anthony Hewitt said the new guidance also clarifies what is allowed on the back of the neck and behind the ear. The Army will continue to prohibit tattoos on the face, and will allow body art as long as it is not visible above the collar.

“This directive eases tattoo restrictions to reflect what is accepted within society and amongst the Soldiers who serve,” Hewitt said. “The changes do not lower service admission standards, but instead, will allow individuals who meet all other qualifications for appointment or enlistment the opportunity to serve.”