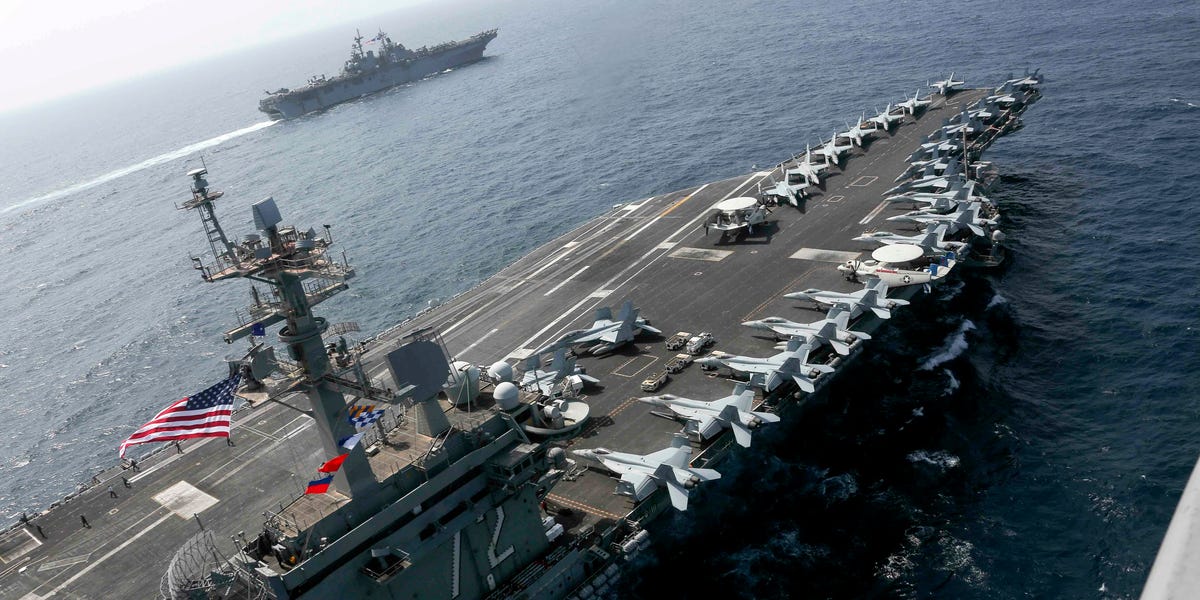 The US Navy acknowledged that it recently discovered E. coli bacteria in the drinking water aboard the aircraft carrier USS Abraham Lincoln.

Sailors first noticed an “odor and cloudy appearance” in the ship’s water on September 21, the Navy said in a statement released Thursday, weeks after the initial discovery. The next day, testing aboard the ship “indicated” that E. coli bacteria was present in several of the ship’s potable water tanks.

The Navy said it isolated the tanks and made bottled water available to the crew.

“The odor and cloudiness in the water abated by Sept. 22.,” the Navy said in its statement. “However, since the presence of E. coli was not related to the reports of odor and cloudiness in the water, on Sept. 24, additional water samples were sent to Orange Coast Analytical, Inc., a laboratory certified by the state of California’s Department of Health, for further testing.”

The Navy said the results came back on September 26, and that the water was within the required drinking standards.

“All potable water tanks currently in service to the crew have been tested and are clear of E. coli,” the Navy said, further explaining that “the affected water tanks remain isolated and will be deep-cleaned and inspected during the ship’s ongoing maintenance period.”

The Navy said that although there have been no confirmed cases of illness related to the contamination of the ship’s water, the crew is being monitored. The carrier returned earlier this month to Naval Air Station North Island in San Diego, where the flattop is connected to the city’s water supply.

According to the Centers for Disease Control and Infection, E. coli infections can be very mild, but others can be severe or life-threatening. Symptoms of an infection can include severe stomach cramps, diarrhea, vomiting, and fever.

A Naval Air Forces spokesperson did not immediately respond to Insider’s request seeking more information, including why the Navy waited multiple weeks to publically acknowledge that E. coli had been detected in the water supply and whether or not the ship is encouraging people to seek precautionary medical attention.

Last month, just a few days before problems with the water were found on the Abraham Lincoln, the Navy said it found what it described as “traces” of jet fuel in the drinking and bathing water on the aircraft carrier USS Nimitz. A sailor and their parents later told Insider that the issue was way worse than what the service originally said publically and argued that the issue was downplayed.

“We were exposed to an unhealthy amount of JP-5,” the Nimitz sailor said, referring to a type of kerosene-based jet fuel that is used in military aircraft and is a go-to for the Navy’s carrier air wings.

Multiple Navy and Marine Corps veterans told Insider that jet fuel contaminating water on Navy flattops is actually a decades-long issue and one which has spanned many ships.