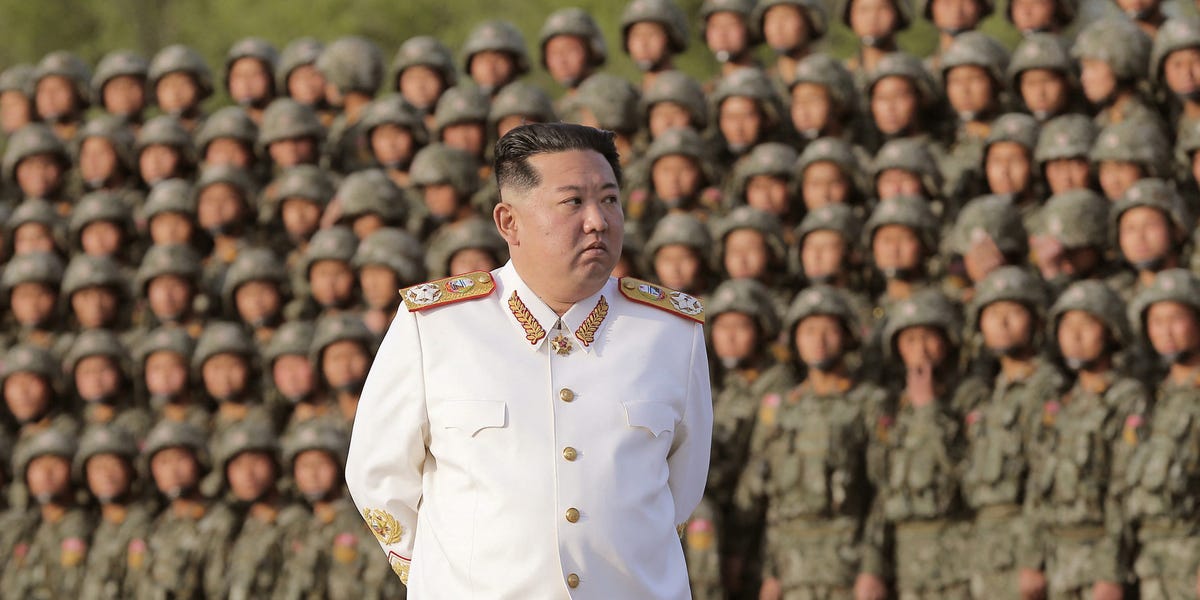 
The US unveiled a swath of sanctions on Friday that target North Korean efforts to import petroleum through so-called dark ship-to-ship transfers.

The Treasury Department said the oil helped support North Korea’s weapons program, and the sanctions follow a missile launch over Japan earlier in the week.

“The DPRK’s long-range ballistic missile launches, including over Japan, demonstrate a continued disregard for United Nations Security Council resolutions,” Brian Nelson, under secretary for terrorism and financial intelligence, said in a statement. “The United States will continue to enforce multilateral sanctions and pursue the DPRK’s sanctions evasion efforts worldwide, including by designating those who support these activities.”

All three are linked to the Courageous, a vessel which has previously brought petroleum to North Korea via “deceptive practices” including ship-to-ship transfers, operating largely at night, and turning off the ship’s Automatic Identification System. The Courageous was the subject of similar sanctions in 2021, the Treasury Department said.

The US also targeted Singapore­-registered Anfasar Trading and Swanseas Port Services, which are linked to Kwek. Insider could not reach any of the three companies for comment.

The use of dark ship-to-ship transfers to get oil to North Korea mirrors efforts made recently to export Russia crude, as traders seek to avoid the appearance of doing business with Moscow since its invasion of Ukraine.

According to Vortexa, the volume of Russian crude moved via such transfers hit 182,000 barrels a day in the first 18 days of July, up dramatically from 44,000 barrels a day in June. The vast majority of the oil has been heading to China, the commodities data company told Insider.