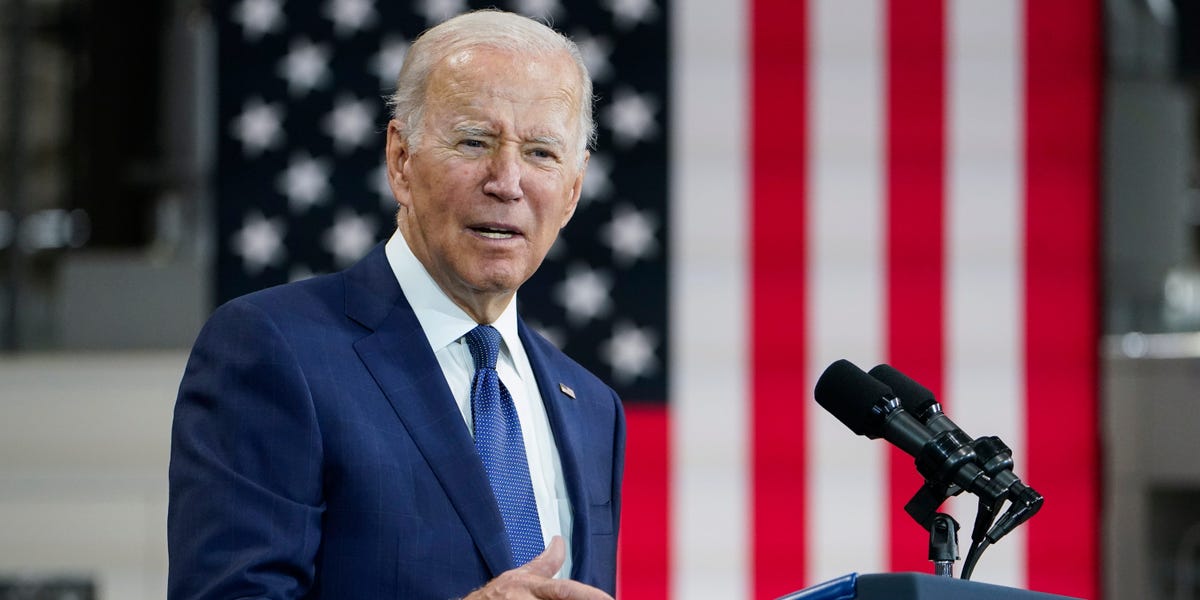 The White House is taking a tough stance against global rivals ahead of midterm elections. Here’s how that’s impacting US gas prices and the broader commodity market.

President Joe Biden and the Democratic party are battling to demonstrate their track record on markets and the economy ahead of the midterm elections.

Voters will assess Biden’s performance on issues including soaring prices at the pump, trade relations with China, and the economic impact of the war in Ukraine on November 8.

Here are three markets stories that will be top of mind for the Democrats ahead of the midterms:

Gas prices spiked above $5 a gallon in June as western sanctions against Russia squeezed crude oil supplies. They’ve fallen to $3.91 a gallon as of Thursday, according to data from the American Automobile Association – but started rising again for the first time in 99 days last month.

The White House has repeatedly emphasized falling prices at the pump, which have brought much-needed relief to American drivers at a time when inflation is running red-hot.

Biden pushed for OPEC+ members to raise their crude production levels in a bid to keep gas prices low. But the cartel – which counts Russia and Saudi Arabia among its most prominent members – instead voted to cut its output by around 2 million barrels a day.

That could push prices at the pump higher on the east and south coasts, as well as in the northeast and the Rockies, GasBuddy strategist Patrick DeHaan said last week.

Biden has also cracked down on China ahead of the midterms.

His administration introduced export controls last week that will limit the sales of semiconductors made with US technology to companies that have a special license.

Chinese chip stocks plummeted after the announcement – while US-listed giants Nvidia and Advanced Micro Devices also each slipped by over 1%.

The Philadelphia Semiconductor Index, which tracks the 30 largest US chipmaker stocks, has slumped just under 44% this year – meaning it has significantly underperformed even the 25% loss suffered by the benchmark S&P 500.

“It’s as if the market is implying the last two years of semi growth were a mirage, engineered by central banks, and need to wiped clean,” Bank of America said in a research note this week.

Democrats’ next major policy move could be imposing further sanctions against Russia – as Biden looks to show he’s cracking down on Moscow.

The Biden administration is weighing up restricting imports of Russian aluminum, Reuters reported Wednesday, citing sources familiar with the matter.

Having already banned imports of Russian oil and gas, that policy would aim to choke off another potential source of income for Russia and Vladimir Putin.

Aluminum prices rallied 5.8% to $2,330 an ounce after Reuters reported the potential import ban, while the Dow Jones Aluminum Index spiked 7%.