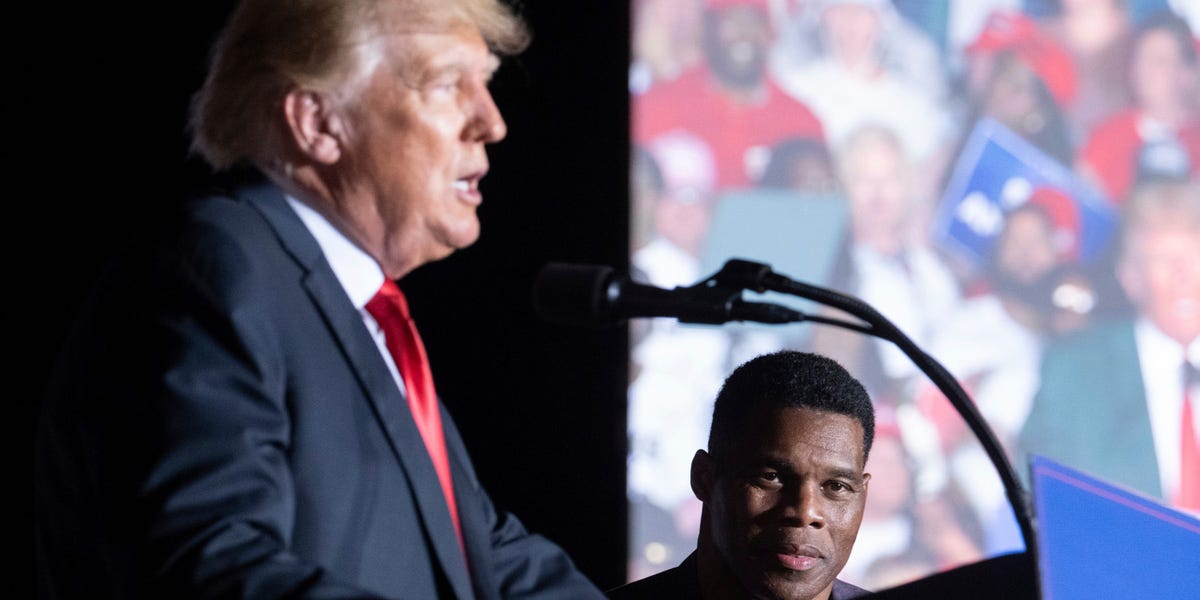 Former President Donald Trump last year acknowledged Herschel Walker had a “complicated personal history” but said he thought it wouldn’t matter — though that was before the latest allegations against the Georgia GOP Senate candidate.

Trump made the comments in an interview with New York Times reporter and CNN analyst Maggie Haberman for her new book, “Confidence Man: The Making of Donald Trump and the Breaking of America.” Haberman shared an audio clip from the interview, which took place about a year ago, on CNN Thursday.

The clip begins with Trump describing Walker as a great football player, saying he was the “best football player in the history of Georgia.” Walker, a former professional running back, played in the NFL for 12 seasons after winning the Heisman as a college football star at the University of Georgia.

Haberman can be heard cutting in to point out Walker has a “complicated personal history.” She clarified on CNN she was referring to past allegations of domestic violence, which Trump acknowledged.

When Haberman asked why that is, Trump replied: “Because the world is changing.”

“I think that Donald Trump is aware of his own role in the world changing, as he put it. Which is, he sees it as he survived all kind of scandals, other people can too,” she said.

Haberman added that Trump is a “unique figure” and others may not be able to survive scandals the same way the former president has. But she noted that Walker is also a former sports star and could benefit from that.

“We’re talking about allegations of domestic violence that were in his past,” Haberman said of Walker, adding: “Trump is essentially saying, ‘It doesn’t matter anymore.’ We’re going to find out if that’s true.”

Since Haberman’s interview with Trump, more allegations have emerged against Walker.

Prior to this year, Walker, a frequent critic of absentee fathers — especially in Black communities — had publicly acknowledged having only one son, Christian Walker. But The Daily Beast reported this summer that Walker has three other children he never mentioned, which Walker later confirmed.

On Monday, The Daily Beast reported that Walker, who is also a staunch opponent of abortion rights, paid for a former girlfriend he had gotten pregnant to get an abortion. The outlet later reported the woman also had a child with Walker. On Friday, The Times reported the woman said Walker had asked her to get a second abortion, but she refused.

Walker has denied her allegations, calling The Daily Beast’s reporting a “flat-out lie” and vowing to sue. He did however confirm to NBC on Friday that he dated the woman and that if he did send her a card or money it was not for an abortion, as she claimed.

On Tuesday, following the report about the abortion, Trump defended Walker in a post on Truth Social.

Walker is up against incumbent Democratic Sen. Raphael Warnock in November in a race that is considered crucial to Republicans’ hopes of flipping the Senate.

A representative for Trump did not immediately respond to Insider’s request for comment.