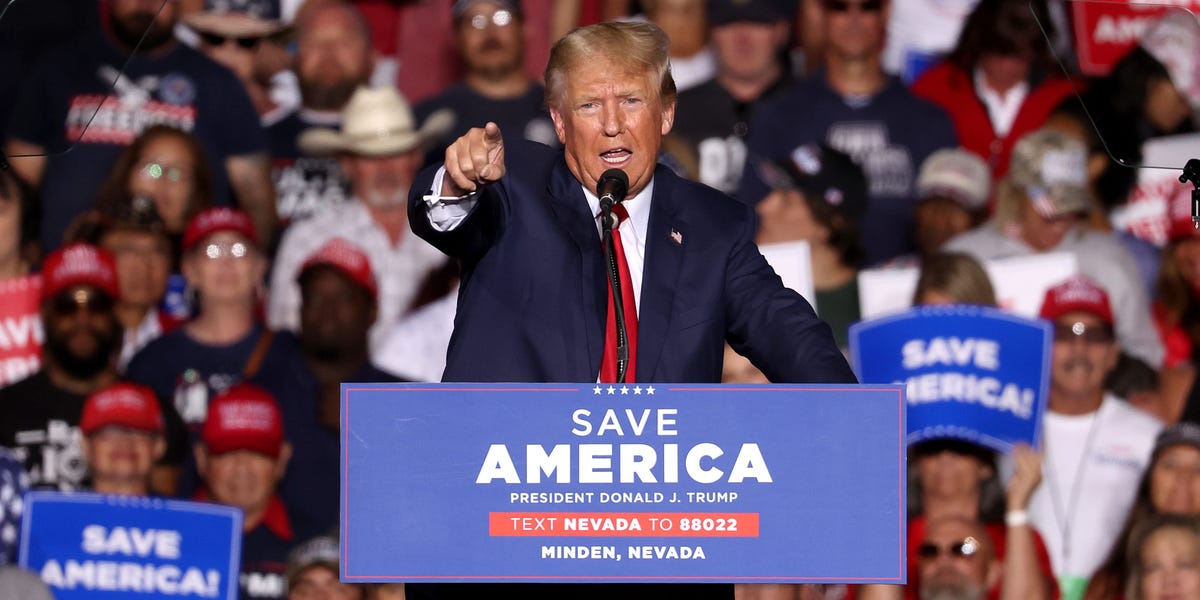 Former President Donald Trump blamed the US for “almost forcing” Russian President Vladimir Putin to invade Ukraine, Newsweek was the first to report.

During an interview on Saturday morning on Real America’s Voice, a right-wing network, the former president accused the US and its leadership of goading Putin into waging a botched invasion of Ukraine on February 24.

“They actually taunted him, if you really look at it, our country and our so-called leadership taunted Putin,” Trump said. “I would listen, I would say, you know, they’re almost forcing him to go in with what they’re saying. The rhetoric was so dumb.”

Trump did not provide any examples of how the US or President Joe Biden “taunted” Putin or what was the supposedly “dumb” rhetoric.

Earlier in the interview, the former president claimed that the war between Russia and Ukraine would never have happened if he had won the election and served a second term.

In the build-up to Russia’s invasion of Ukraine, Trump made the same baseless claim that Putin would not have invaded if he was still in power. He cited his positive relationship with the Russian leader.

“I knew Putin very well. I got along with him great. He liked me. I liked him,” Trump said during a “Clay Travis and Buck Sexton Show” appearance on February 22. “I mean, you know, he’s a tough cookie, got a lot of the great charm and a lot of pride, and he loves his country.”