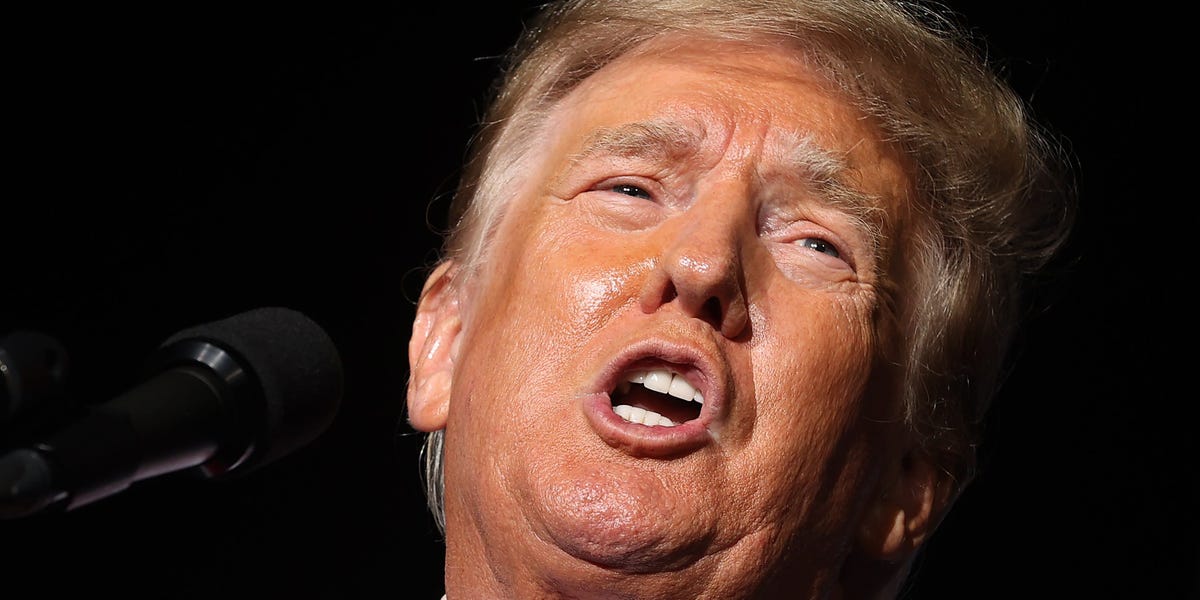 Trump lied about the 2020 election and recycled conspiracy theories in a letter to the Jan. 6 committee after it voted to subpoena him

In his first official response to the January 6 committee after it voted to subpoena him, former President Donald Trump lied about the 2020 election and recycled grievances about the Capitol riot, both of his impeachments, the Russia investigation, and nonsense allegations that Democrats illegally surveilled his campaign and administration while side-stepping the issue of whether he would testify.

The former president also referred to the bipartisan committee investigating the January 6, 2021 attack on the Capitol as a panel of “highly partisan political Hacks and Thugs” — a panel that has spent nearly two years probing the lead-up to the deadly riot, with its witnesses and members warning that Trump and his actions endanger American democracy.

On Thursday, the committee unanimously voted to subpoena Trump for documents and testimony related to his role in the Capitol riot. Rep. Bennie Thompson, the chairman of the panel, said Thursday that the subpoena would be served “as soon as we get the paperwork.”

Trump did not say in his four-page letter whether he would comply with a subpoena. But The New York Times reported that Trump is not opposed to testifying before the committee — as long as it’s on his terms. Fox News also cited a source close to the former president as saying he “loves the idea of testifying” to lawmakers.

In August, Trump was compelled to sit for a deposition before the New York attorney general’s office and repeatedly invoked the 5th Amendment right against self-incrimination.

Thursday’s vote to subpoena Trump came after the January 6 committee wrapped up its final public hearing about the events surrounding the Capitol riot.

The panel said in a March court filing that the evidence it’s collected so far shows Trump committed crimes including obstruction and fraud while trying to overturn the 2020 election results.

The legality of Trump’s actions and statements leading up to and during the Capitol riot has also been called into question by more than one federal judge.

US District Judge David Carter said in a March ruling that it’s “likely” Trump engaged in felony obstruction of Congress on January 6, 2021. US District Judge Amit Mehta also said in a separate ruling in February that Trump can be sued over the Capitol riot and engaged in a “civil conspiracy” with key supporters and far-right actors.