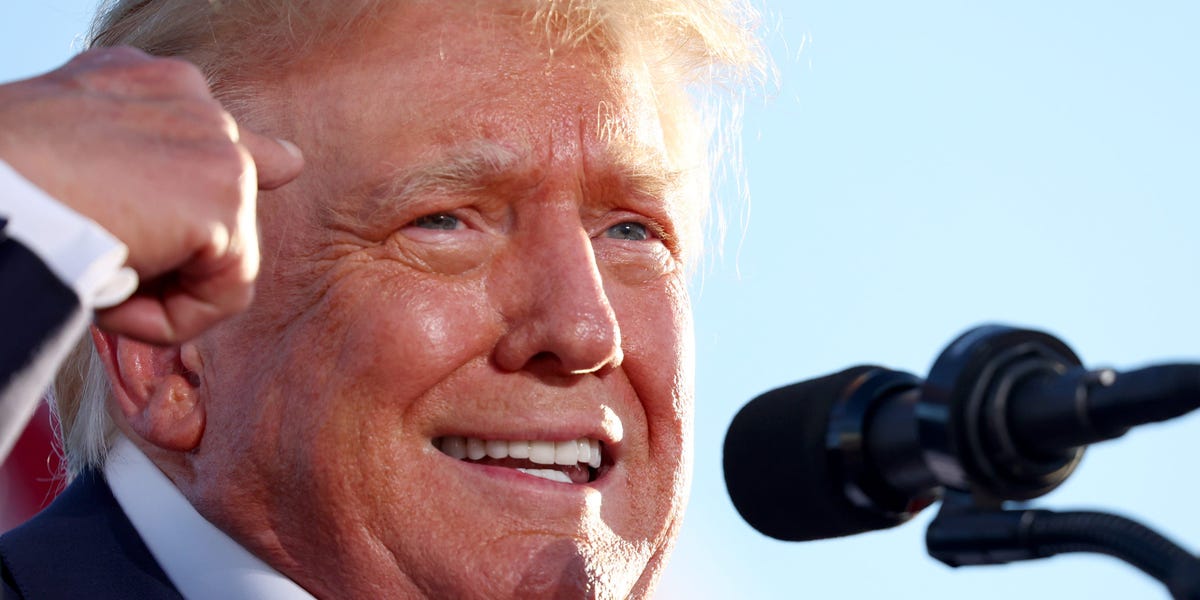 At a GOP campaign rally on Sunday in Arizona, former President Donald Trump took the opportunity to defend keeping classified documents by accusing past presidents of doing the same.

Trump said many other presidents stored millions of pages of documents in warehouses, “some of them without front doors that worked.”

Trump then falsely claimed that former President George H.W. Bush, “took millions and millions of documents to a former bowling alley pieced together with what was then an old and broken Chinese restaurant. They put them together. And it had a broken front door and broken windows. Other than that it was quite secure.”

Trump also questioned why Bush, among other presidents, was not being prosecuted. The former President died in a Houston hospital from a blood infection in 2018 after his wife, Barbara, died months earlier.

The comment prompted a response on Twitter from Bush’s son, Jeb Bush. “I am so confused,” he tweeted: “My dad enjoyed a good Chinese meal and enjoyed the challenge of 7 10 split. What the heck is up with you?”

Trump is under investigation for keeping government documents at his estate in Mar-a-Lago, which federal agents seized in August. The DOJ found 48 documents marked classified at Trump’s home and believe may be holding on to more. Former Trump lawyer Michael Cohen recently said the former president held onto documents for his own personal gain.

His Arizona speech was nearly identical to the one he gave in Nevada on Saturday campaigning for Republican candidates Joe Lombardo and Adam Laxalt.

Trump was at Bell Bank Park in Mesa, Arizona, helping to campaign for GOP candidate Kari Lake, who is running for governor. FiveThirtyEight’s averaging of poll data shows the state’s gubernatorial race is a toss-up.

Representatives for the George and Barbara Bush Foundation and Trump did not respond to Insider’s request for comment.