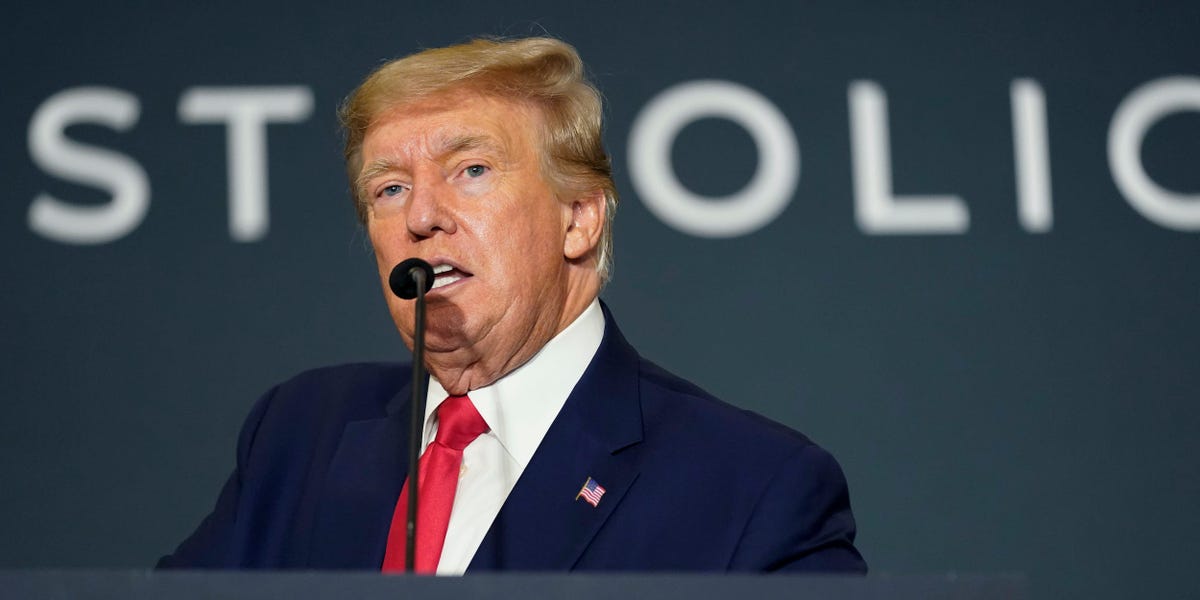 
MIAMI, Florida — Former President Donald Trump on Wednesday blasted the FBI’s Mar-a-Lago search for classified documents at his Florida home, but shared that he saw one silver lining in the ordeal.

In a speech at the Intercontinental Miami, Trump said the news “helicopters” flying over Mar-a-Lago since the search only boosted business for the private oceanfront club in Palm Beach, Florida.

“They’ve given us about $5 billion of free publicity,” Trump said at the Hispanic Leadership Conference in Miami, organized by America First Works.

“People say, ‘That’s a nice house,'” he added. “If it weren’t so nice they probably wouldn’t be doing it.”

Mar-a-Lago’s membership is private and paid through annual fees. It’s not clear whether membership has changed since the August raid, given that the club has been closed since Mother’s Day and doesn’t reopen until October 31, Insider previously reported.

Only members and their guests are allowed to use the facilities. It costs $200,000 to join, according to Town and Country, with another $14,000 in annual dues for access to the club’s dining amenities, spas, tennis courts, and other Trump properties.

Trump disclosed last month on his social media platform Truth Social that he’d returned to Mar-a-Lago to survey his home. During the FBI search he was at Trump Tower in New York, though he’d been spending much of the summer at his Bedminster, New Jersey, golf course.

During the hourlong speech Wednesday, Trump largely defended himself in the investigation, saying he had done “nothing wrong,” He called the DOJ’s investigation a “document hoax” and a “charade.”

“They are targeting me because they want to silence me, silence you, and silence our amazing MAGA movement,” Trump said.

Federal investigators found dozens of classified and top secret documents at Mar-a-Lago, and are investigating whether Trump violated laws about record keeping and subsequently put national security at risk, according to court filings.

Earlier on Wednesday, a federal appeals court sided with the Justice Department and agreed to fast-track the appointment of a third party to review the seized records.

Trump has fundraised off the FBI search and has often faced scrutiny during his presidency for his business ties. When he was president he frequently stayed at Mar-a-Lago and used other Trump properties for events.

Post-presidency, GOP political hopefuls continue to flock to Mar-a-Lago, holding fundraisers and other events there as they hope to get some face time with Trump and perhaps even land a coveted endorsement.