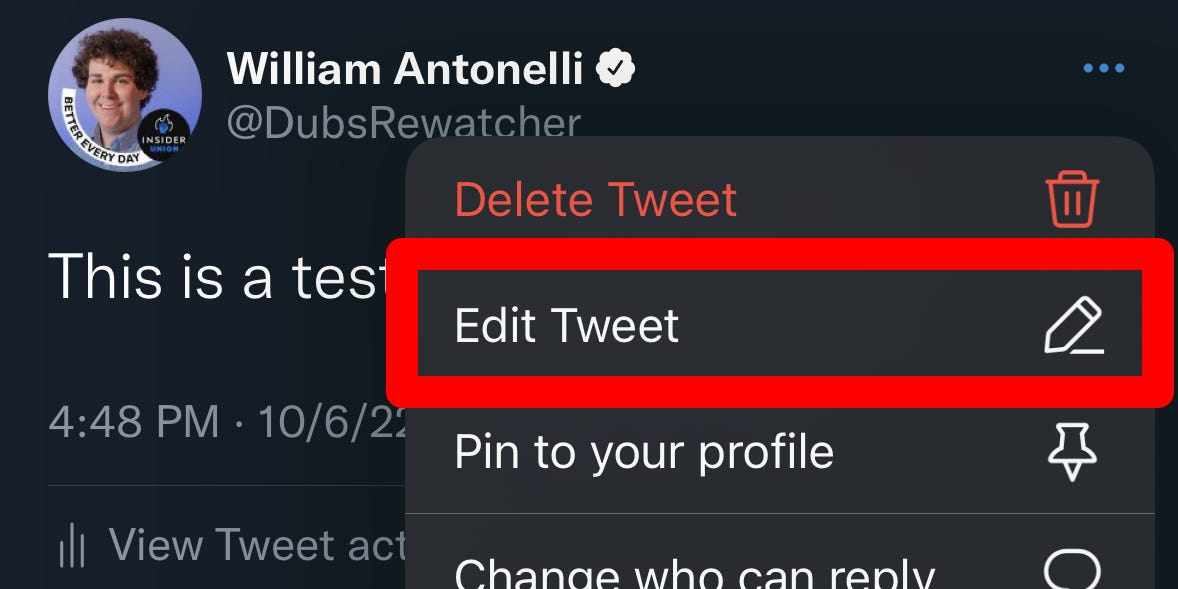 
It took 16 years, but the most requested feature in Twitter’s history is finally here: The edit button.

Starting today, Twitter is giving users the ability to edit your tweets after they’re sent. It’ll be available in the US to all members of Twitter Blue, but there’s no word yet on whether it’ll be available to regular users someday too.

Here’s how to get started editing your tweets.

Right now, the only users who can edit their tweets are Twitter Blue subscribers. Twitter Blue is Twitter’s paid service ($4.99 per month) that lets you read news articles without ads and unlocks experimental new features — like the edit button.

Once you’re signed up, you can start editing.

Head to a tweet that you’ve sent within the last 30 minutes and tap the three dots in the top-right corner of the tweet. Then select Edit Tweet.

A new screen will come up that looks like the page you write tweets on. Use it to edit your tweet however you want — you can add text, delete text, or even attach a photo.

There are limits to what tweets you can edit

Although users have begged for an edit button for years, others have pointed out that just letting any user edit their tweets at any time would cause chaos. So Twitter’s implemented some rules about editing your tweets.

First of all, you can only edit a tweet if it was originally sent within the last 30 minutes. Once those 30 minutes pass, the tweet is set in stone.

Once you edit a tweet, a pencil icon will appear on the message telling everyone that it was edited, and when you did it. They can tap that icon to see every version of the tweet, including the original.

You can only edit your tweet five times. Once you lock in your fifth edit, the Edit Tweet option will disappear.