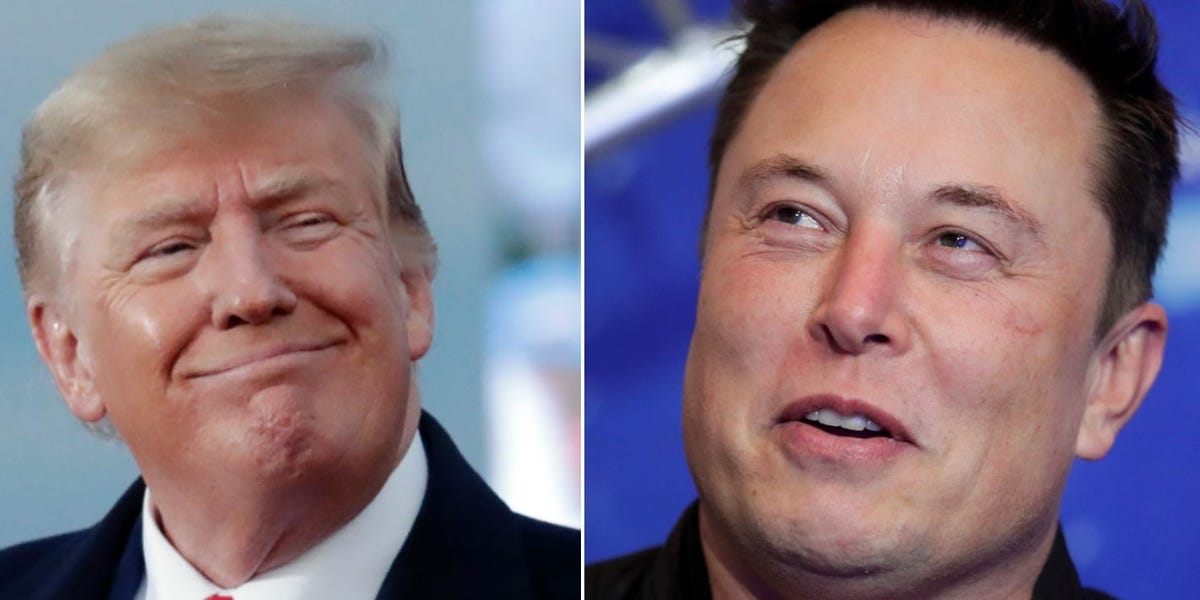 Twitter is reviewing its rules around permanent bans amid Elon Musk’s takeover attempt — but Trump is unlikely to get his account back, report says

Earlier in 2022, the tech giant started reviewing whether it could replace permanent bans with other content moderation tools, various people with knowledge of the matter told the FT.

Two of the people told the FT that if Twitter makes any changes to its policies, it is unlikely that former President Donald Trump would be allowed to have his account back.

Twitter permanently suspended Trump from the platform in January 2021 “due to the risk of further incitement of violence” in the wake of the attempted insurrection at the US Capitol.

Twitter has looked at situations in the past where it thinks the company was too harsh for blocking people from their accounts for smaller offences, for example users sharing misleading information on the site, the sources told the FT.

Musk, who originally offered to buy Twitter in April, said during an interview with the FT in May that he would “reverse the permaban” if he owned the social network. The billionaire also described Twitter’s decision to ban Trump “a morally bad decision” and “foolish,” saying he would restore the former president’s account.

The Tesla and SpaceX CEO tried to back out of the deal in July and was set to face Twitter in court October 17, but last week told the tech company he was willing to pay $54.20 per share, the originally agreed price.

A company spokesman told Insider is “always examining the rules that govern our service and the tools and features that can encourage healthy conversation.”

“As part of this work, over the last several years, we have significantly expanded our range of enforcement options and product features to be more responsive and proportionate to the potential for harm.”

Twitter says on its website that permanent suspension is its “most severe enforcement action” and the company takes action when a user violates the rules in a “particularly egregious way” or keeps violating them even after warnings from the platform.

Most recently, American rapper Kanye West was locked out of his account after he wrote antisemitic comments in a tweet that was removed by Twitter for violating its guidelines.