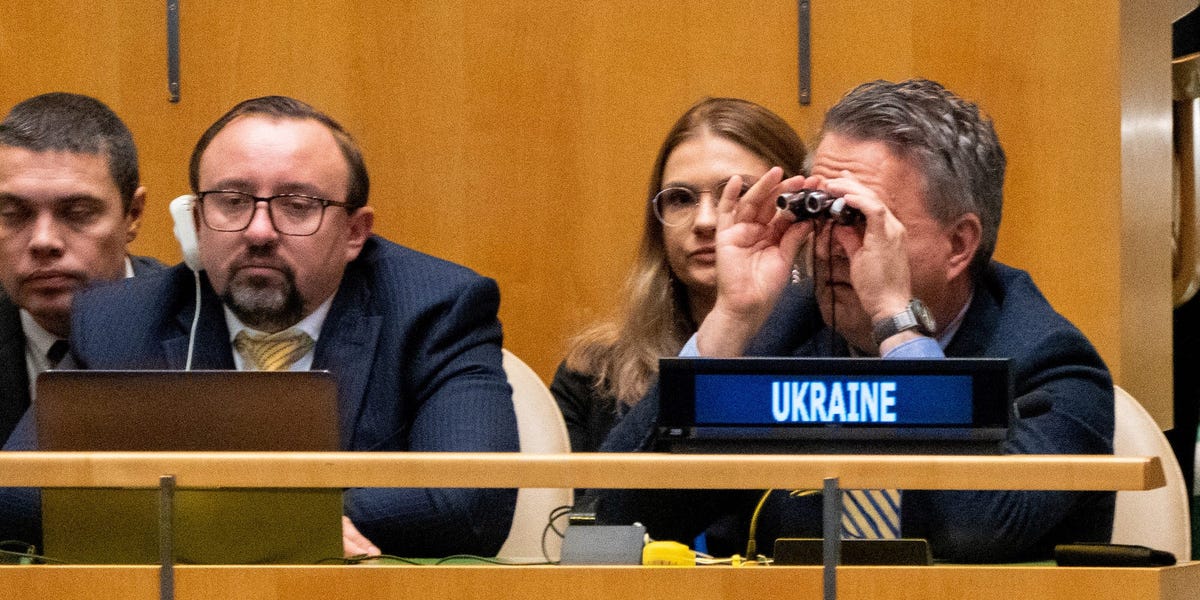 Ukraine trolled Russia at the UN after just four nations voted not to condemn its annexation of Ukrainian regions.

Sergiy Kyslytsya, the Permanent Representative of Ukraine to the United Nations, shared a picture of himself at the UN headquarters in New York, writing: “Oh God! Can’t see it! How many you said voted for Russia? 4? Blimey! …”

Reuters reported that the photo of Kyslytsya using the binoculars was taken in the room shortly before the vote on Wednesday.

143 countries voted in support of the resolution at the at the UN General Assembly to condemn Russia’s annexation and demand that it return the territory to Ukraine.

Some post-Soviet states that are typically seen as Russia’s allies were among 35 nations to abstain from the vote, in a sign of how isolated Russia has become since it invaded Ukraine.

The General Assembly’s votes are non-binding, and won’t result in any specific action in Ukraine.

Kyslytsya told CBS News the vote was a “collective effort of an overwhelming majority, and the call of moral duty and reason.”

“Who wants or can afford to be on the wrong side of the fence at this historic moment?”