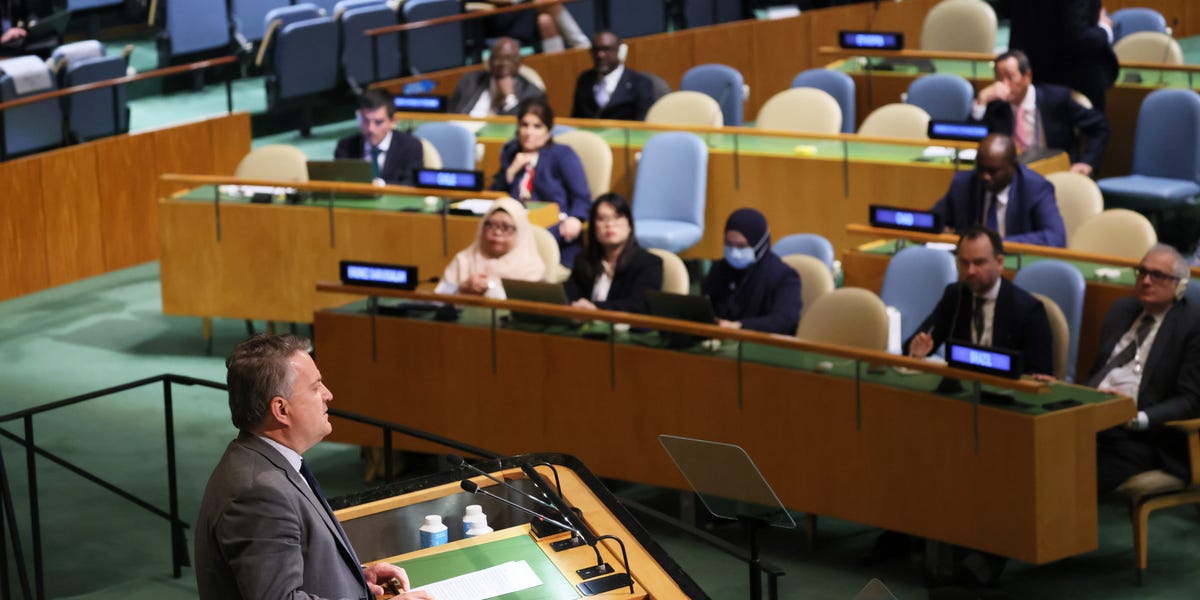 The United Nations General Assembly gathered for an emergency session on Monday just hours after Russia launched a deadly barrage of missiles across Ukraine, in a tense proxy battle between the two country’s delegates amid the ongoing war.

The special session was scheduled ahead of Russia’s Monday attack, but several countries used the meeting as a platform to voice outrage over the bombardment, which killed at least 14 people and wounded dozens more, according to Ukrainian officials.

Monday’s meeting comes as the body prepares for a vote later this week on Russia’s recent annexation of partially-occupied territories in Ukraine, including the Kherson, Luhansk, Donetsk, and Zaporizhzhia regions.

But the initial gathering offered clear insight into how the assembly is likely to vote, according to CNN, which reported that Ukraine’s UN ambassador was greeted with applause, while Russia’s ambassador faced silence.

On Monday, The General Assembly handily vetoed Russia’s attempt to conduct the annexation vote via secret ballot, according to the outlet. One-hundred-and-seven countries voted in favor of holding a public vote on the matter, while thirteen nations opted for a secret ballot, according to Reuters. Thirty-nine countries abstained and the remaining countries, including Russia and China, did not vote, the outlet reported.

“A trail of blood is left behind the Russian delegation when it enters the General Assembly,” he said, “and the hall is filled up with the smell of smoldering human flesh.”

Kyslytsya said Russia had already killed members of his family and expressed that “we see no end to that cruelty,” according to CNN.

Russia’s UN ambassador, Vasily Nebenzya, meanwhile, suggested that other nations were ganging up on Moscow, the outlet reported, and continued to defend his country’s annexations.