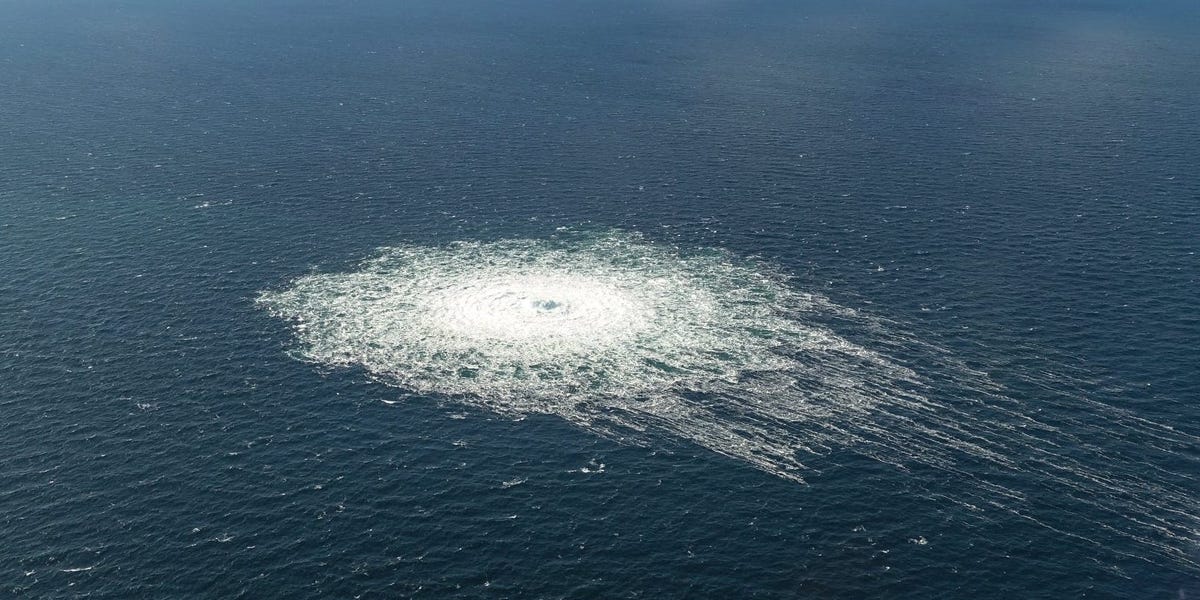 
The US Navy is weighing whether to analyze underwater audio recordings captured when the natural-gas pipelines between Russia and Europe were recently damaged in a suspected attack, sources told CNN on Wednesday.

Four severe leaks were discovered last week on the Nord Stream 1 and 2 pipelines, which European leaders attributed to an act of “sabotage.” The section of the pipelines which experienced the damage are laid approximately 50 meters below the water.

Damage from the incident — suspected to be the result of underwater explosions — caused natural-gas to erupt like geysers from the surface of the Baltic Sea.

Satellite images taken above the Nord Stream pipelines at the time of the event are difficult to examine because of cloudy weather, according to the European Space Agency. Examining underwater audio of the explosions could provide crucial information for the investigation, the sources told CNN.

The US has advanced technology to process underwater sounds, two sources with knowledge of the matter told CNN. The technology could provide more information about how the damage in the Nord Stream pipeline was caused and what was in the surrounding area at the time, consequently helping with an investigation into the leaks, they said.

Sweden and Denmark have the audio recordings, but whether the US can contribute to the investigation will depend in part on the quality of the sound, per CNN’s sources.

A Navy spokesperson declined to confirm to CNN that the US had offered to look into the audio recordings, but said it was prepared to help the investigations into the Nord Stream pipelines’ damage.

The Navy didn’t immediately respond to Insider’s request for comment.

Denmark and Sweden told the UN Security Council on Friday that they believed the Nord Stream pipelines were damaged by TNT, as the magnitude of the explosions was measured at 2.3 and 2.1 on the Richter Scale – “probably corresponding to an explosive load of several hundred kilos,” they said in a joint statement.

European leaders said the incident was sabotage and some German lawmakers pointed the finger at Russia. The Kremlin said sabotage couldn’t be ruled out but claims that Moscow was involved were “stupid and absurd.”