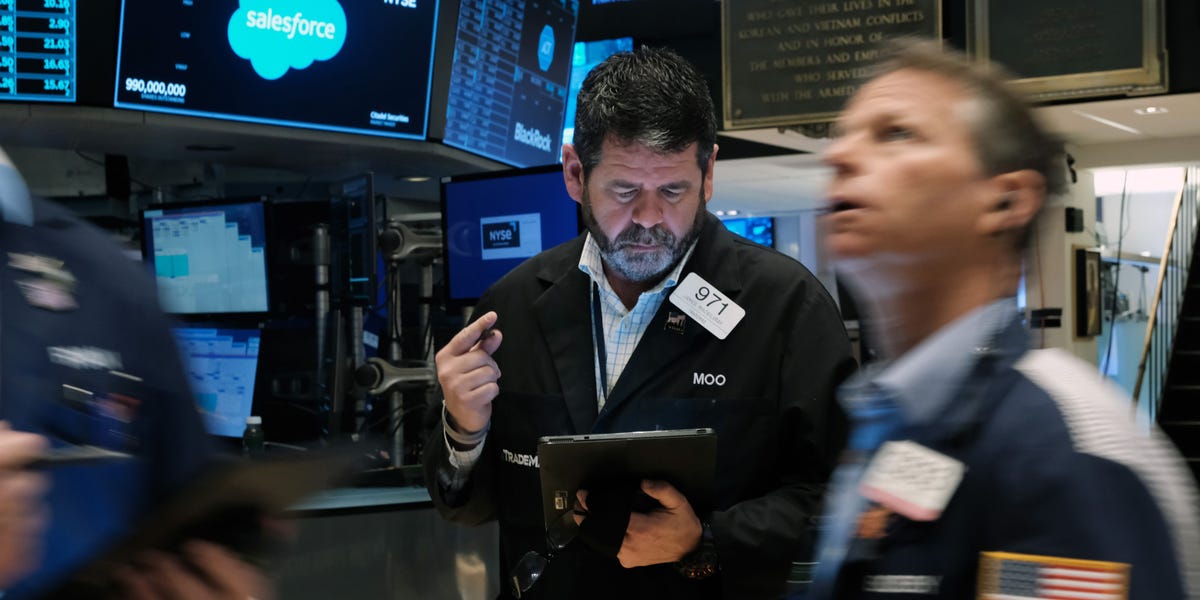 US stocks edged higher Monday, with the slight moves upward for Wall Street’s major indexes starting off the week that will fill up with earnings reports from Corporate America and a monthly look at consumer inflation.

The S&P 500, the Nasdaq Composite, and the Dow Jones Industrial Average each rose last week but their gains were sliced down in Friday’s session following a better-than-expected jobs report. The report sent Treasury yields higher as investors appeared to firm up their view that the Federal Reserve will deliver another rate hike of 75 basis points in November. The US bond market was closed Monday for Columbus Day.

Here’s where US indexes stood at the 9:30 a.m. opening bell on Monday:

With the Fed working to reduce inflation by slowing down the economy with aggressive rate hikes, investors will assess the September consumer inflation report due on Thursday.

Third-quarter profit reports will also start rolling in at a faster pace this week, with figures due from investment banks including Goldman Sachs, JP Morgan, and Morgan Stanley.

“As the pace of earnings season gathers over the weeks ahead, market participants are likely to seek greater clarity as to the direction markets will take over the near term,” John Stoltzfus, chief investment strategist at Oppenheimer Asset Management, in a note.

In commodities, bonds, and crypto: