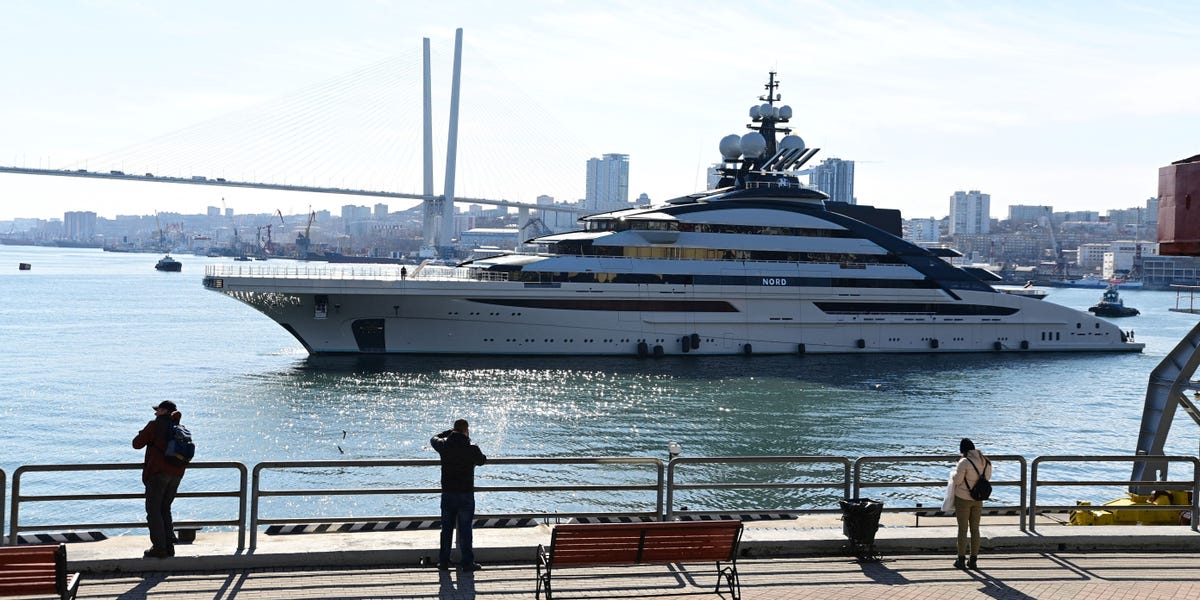 The US has warned Hong Kong against providing a “safe haven” for sanctioned oligarchs after a $500 million superyacht moored in one of the city’s harbors, the Financial Times reported.

Nord was anchored in the port of Vladivostok, south east Russia, from late March until September 28 according to vessel-tracking site Marine Traffic, having left the Seychelles in early March when sanctions kicked in.

Now the US government is taking steps to discourage the Chinese territory from harboring assets flying the Russian flag, saying the city state’s “reputation as a financial centre depends on adherence to international laws and standards”.

“The possible use of Hong Kong as a safe haven by individuals evading sanctions from multiple jurisdictions further calls into question the transparency of the business environment,” a US state department spokesperson told the FT.

A spokesperson for Hong Kong’s marine department told the FT on Friday that the city was unlikely to implement sanctions on Mordashov or other oligarchs.

“Certain countries may impose unilateral sanctions against certain places on the basis of their own considerations,” the spokesperson said.

“The Hong Kong [government] does not implement, nor do we have the legal authority to take action on, unilateral sanctions imposed by other jurisdictions.”

Ryan Mitchell, an assistant professor at the Chinese University of Hong Kong, told the paper that Hong Kong businesses could be subject to “secondary sanctions” if they engaged in business with sanctioned Russia individuals.

Mordashov, a steel and mining tycoon worth $18.5 billion, was sanctioned by the US, the UK, and the EU after Putin ordered Russian troops into Ukraine.

Several of his assets failed to escape sanctions like Nord has to date. Italy seized both a $71 million yacht and a $116 million villa in Sardinia belonging to Mordashov, Reuters first reported.

After the EU imposed sanctions on Mordashov, he told Russian news agency TASS he had “absolutely nothing to do with the emergence of the current geopolitical tension” and didn’t understand how targeting him would end the conflict in Ukraine.