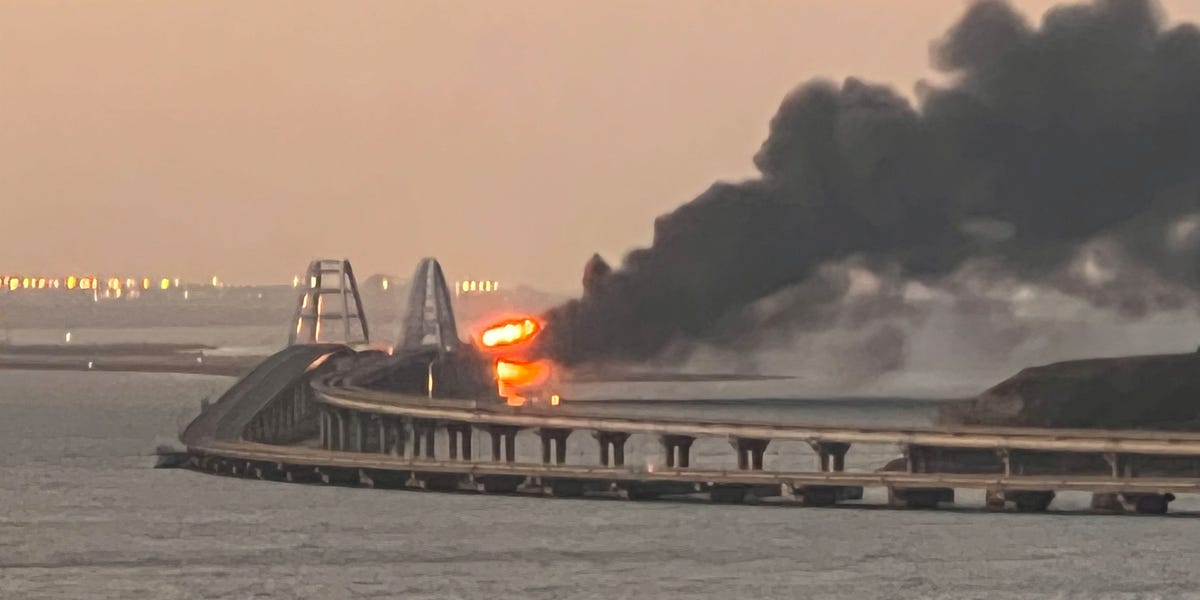 Videos shared on social media show large queues forming at fuel stations in the Russia-annexed Crimea region Saturday after a major explosion on a key route into and out of the disputed peninsula.

Russian authorities said that a truck bomb has caused an explosion on the Kerch bridge, which links Crimea to the Russian mainland, and is a key route for supplies like food and fuel coming into the peninsula.

Ukrainian officials have hinted that Ukraine may have sabotaged the crucial bridge to spite Russian President Vladimir Putin the day after his 70th birthday.

Following the explosion, videos shared on Twitter showed Crimean citizens rushing to gas stations, seemingly fearful that the Kerch bridge explosion could lead to shortages in the coming days.

The Guardian newspaper was among the outlets to report on the queues.

Russian officials have said that a fuel tank explosion on Kerch road-and-rail bridge took place at around 6 a.m. on Saturday while a train was crossing it, causing it to collapse.

The source of the explosion is currently unclear, but a Crimean official was quick to blame Ukraine.

Ukraine has not directly claimed responsibility for the bridge collapse, but Mykhailo Podolyak, an adviser to Ukrainian President Volodymyr Zelenskyy, said on Twitter: “Crimea, the bridge, the beginning. Everything illegal must be destroyed, everything stolen must be returned to Ukraine, everything occupied by Russia must be expelled.”