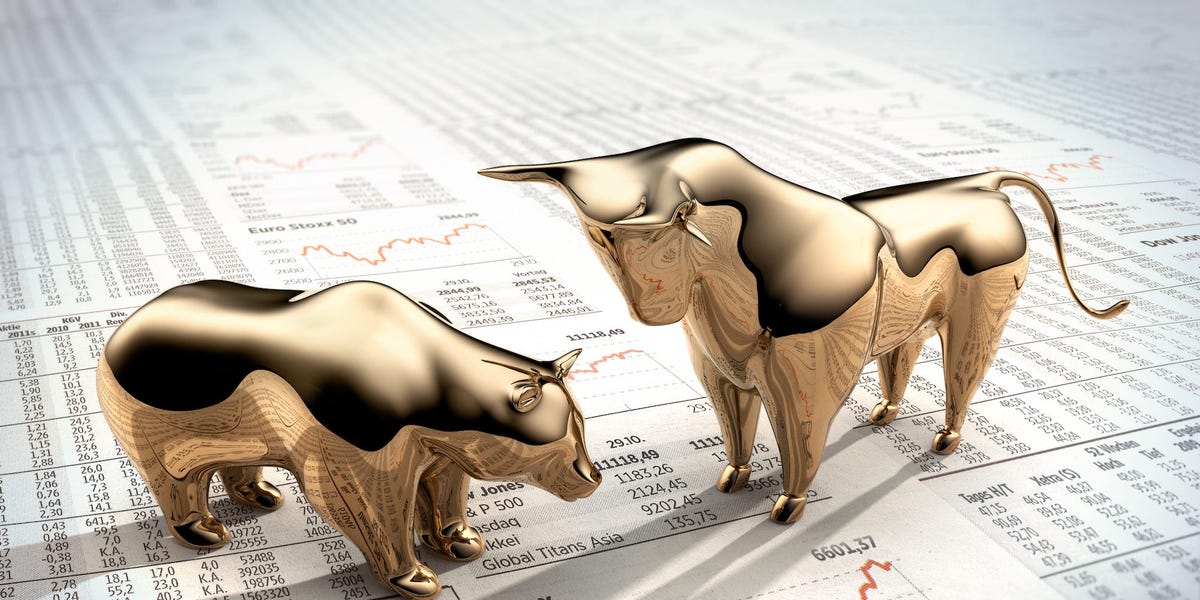 Wall Street is debating whether the bear market still has legs

Good morning, this is Jason Ma starting off a new week, which will see a surge of quarterly earnings reports. Some of the big names due include Netflix, Tesla, Johnson & Johnson, and Goldman Sachs. So far, results from the big Wall Street banks have been mixed, with JPMorgan and Citigroup beating but Morgan Stanley falling short of forecasts.

Tesla’s earnings report on Wednesday is also notable since CEO Elon Musk recently fueled speculation that the EV maker could announce its first-ever stock buyback. If that does happen, it could coincide with with the third-quarter release.

The slate of upcoming economic reports is less dramatic, though Wednesday will feature housing starts and the Beige Book, which will set up the Federal Reserve for its next policy meeting in November. Wall Street is widely pricing in a fourth consecutive rate hike of 75 basis points.

1. Wall Street is debating whether the massive upside reversal on Thursday was real or a head-fake. From intraday lows to highs, the Dow Jones Industrial Average saw a 1,500-point swing. For the S&P 500, Thursday marked the fifth largest intraday reversal from a low. And for the Nasdaq, it was the fourth largest.

Bank of America researchers said in a note Friday that the stunning rally in US stocks represented a bullish “bear hug” that doesn’t yet mark the start of a sustainable upswing. Michael Hartnett, the firm’s chief investment strategist, attributed the turnaround to buying power triggered by extreme oversold conditions.

Looking forward, he still sees a “Big Low” coming in markets — but is waiting first for signs of panic from the Fed. He noted that the economy remains too strong, especially in employment and manufacturing, for the central bank to consider cutting rates, which is usually something it does around when the Big Low sets in.

On the more bullish side of the debate is Anthony Scaramucci, founder of investment management firm SkyBridge. He told CNBC on Friday that Thursday’s wild reversal wasn’t just a bear market rally and could be the start of a new upswing.

“We are, in my opinion, coming to the end of this bear market,” Scaramucci told CNBC on Friday. “This could’ve been a bear market rally, but I don’t think so. I think this is the start of something new. I think there was full-blown capitulation on the short side yesterday and lots of institutional buying.”

What do you think? Is the stock market poised for a sustainable uptrend or still teasing with bear market rallies? Email jma@insider.com.

2. The pound rises as UK’s new finance minister Jeremy Hunt speeds up tax and spending plans announcement. The British pound was trading above $1.12 early Monday. Plus, US futures are up — take a look at the levels here.

3. Earnings on deck: Bank of America, Charles Schwab and others are all reporting.

4. A portfolio manager beating 99% of his peers this year explains how most investors are ignoring opportunities. James Abate at Centre Asset Management believes that what makes him stand out is his unapologetic refusal to lock his investment strategy into a box. He shared nine standout stock picks that he says have enough pricing power to beat the bear market.

5. Wharton professor Jeremy Siegel said the housing market is distorting high inflation readings. Because housing data is lagging, he expects home prices to fall up to 15%. But a bigger worry for Siegel is what the Fed will do in response to falling home prices: nothing.

6. China is facing a full-blown debt crisis with $8 trillion at risk as Xi Jinping eyes an unprecedented third term. Bonds issued by local government financing vehicles are on the verge of default amid a broader property market crash. Experts think Beijing will have to step in with a bailout as officials try to prevent an already-slowing economy from deteriorating further.

7. The silver lining to this year’s 25% decline in the stock market is that there is less risk of a “lost decade” going forward, according to Bank of America. The bank’s long-term valuation model points to annualized gains of 6% over the next decade. But the stock market isn’t out of the woods yet as there could be more pain in the short-term.

8. Doug Ramsey, chief investment officer of The Leuthold Group, sees big risks ahead for stocks. Valuations in past downturns suggest that the S&P 500 could fall another 28%. Here’s how Ramsey is investing now to protect his portfolio from further pain.

9. UBS Global Wealth Management explains what investors should do as rates rise and the economy slows. For at least a little while, nothing is going to deter the Fed from hiking rates, said chief investment officer Mark Haefele. Here’s what he thinks investors should do now.

10. Lumber prices have rallied this month despite a slowing housing market and rising mortgage rates. The key building commodity could again be in focus as fresh home-construction data come out on Wednesday. Despite the recent uptrend, lumber is well off its all-time highs from May 2021.