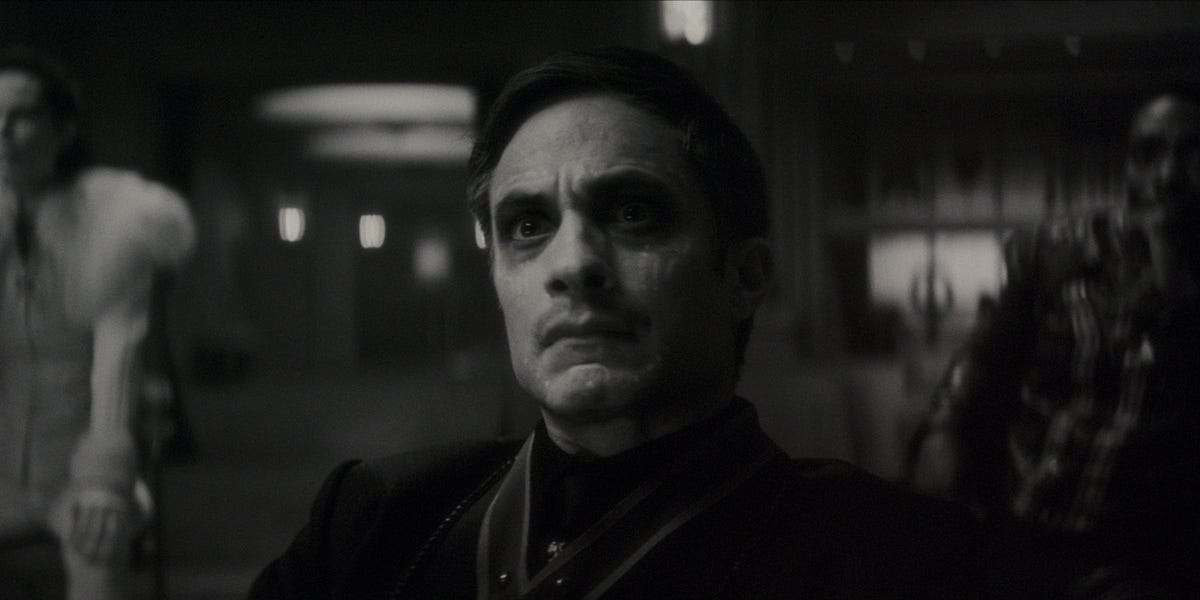 “Werewolf by Night” is a TV special premiering on Disney Plus just in time for the Halloween season. It’s the first of Marvel Studios’ Special Presentations and it premieres on October 7. To watch, you’ll need a Disney Plus subscription for $8 a month or $80 a year.

After the death of their leader, a group of monster hunters meet at the dark and foreboding Bloodstone Manor. Without warning, they are forced to compete for a powerful relic, with their lives at stake and a deadly monster on the loose. The hour-long black-and-white special is a superhero horror film that’s perfect for the spooky season.

Check out the ‘Werewolf by Night’ trailer

“Werewolf by Night” is directed by Michael Giacchino and stars Gael García Bernal, Laura Donnelly, and Harriet Sansom Harris. Giacchino is best known as the composer behind many memorable film scores for movies like “Up,” “The Batman,” and “Star Trek.”

How to watch ‘Werewolf by Night’

You can watch “Werewolf by Night” starting October 7 exclusively on Disney Plus. Subscriptions to Disney Plus currently cost $8 a month or $80 a year for ad-free streaming.

If you decide to become a Disney Plus member now, keep in mind that the service will be raising its ad-free price on December 8. At that time, ad-free streaming will increase to $11 a month while a new ad-supported plan will launch for $8 a month.

If you’re interested in adding extra streaming entertainment and sports to your membership, you can get more content and save some money by signing up for the Disney Bundle. This package includes Disney Plus, Hulu, and ESPN+. The bundle currently starts at $14 a month, which is $11 less than the regular combined price of all three services. For more tips on how to get the best value out of Disney Plus, check out our Disney Plus savings guide.

Disney Plus can be accessed on web browsers, as well as most smart TVs, smartphones, streaming devices, gaming consoles, or tablets from major brands.

Is ‘Werewolf by Night’ worth watching?

Early reviews for “Werewolf by Night” have been very positive. As of October 5, the special holds an impressive “100% Fresh” rating on review-aggregator Rotten Tomatoes, based on 12 reviews. Critics praise the film’s fun blend of retro horror, dark humor, and spooky thrills.

Is ‘Werewolf by Night’ part of the MCU?

In a behind-the-scenes featurette for the special, Marvel Studios President Kevin Feige says the movie introduces “a world that will ultimately become quite important to the future of the MCU.” “Werewolf by Night” is considered a part of the MCU’s Phase Four lineup.

Is ‘Werewolf by Night’ based on a comic book?

“Werewolf by Night” is based on the Marvel comic book character of the same name. The first version of Marvel’s werewolf character debuted in Marvel Spotlight #2 in February 1972, which is the incarnation this TV special is based on.