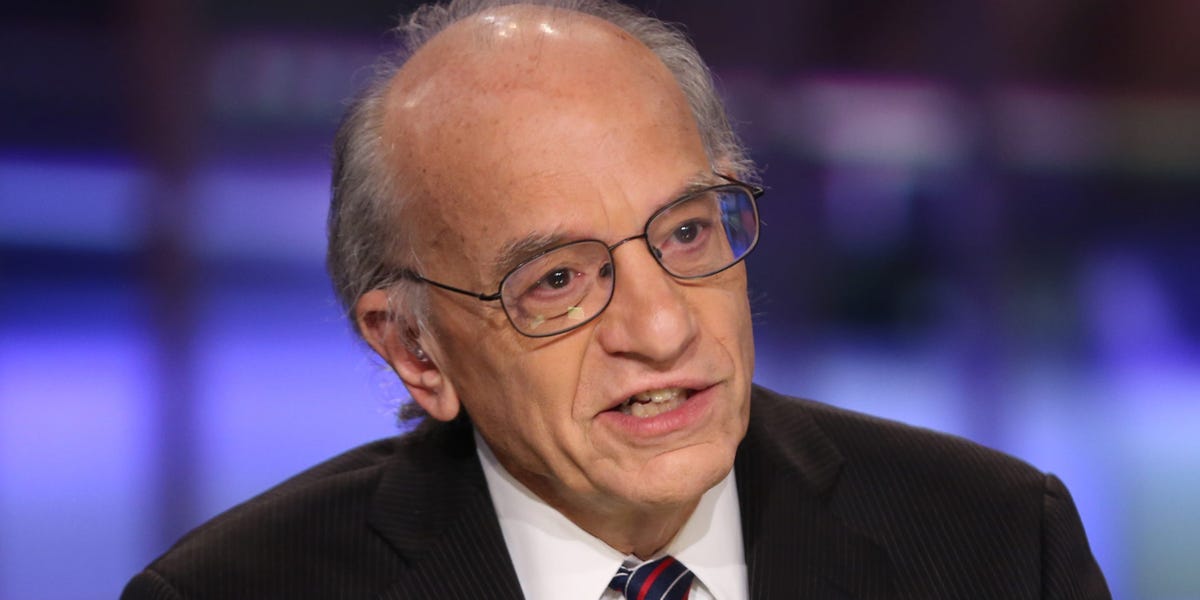 
Wharton professor Jeremy Siegel has warned the Federal Reserve is being overly aggressive with its monetary policy, creating an extremely high risk of the US economy tumbling into a recession.

“The Fed is slamming on the brakes way too hard,” Siegel said in a CNBC interview on Friday, referring to the central bank rapidly hiking interest rates this year in a bid to curb raging inflation. It was too late to the game, and should have started tightening its monetary policy much earlier, he added.

Inflation surged to a 40-year high in June, spurring Fed officials to execute three consecutive rate hikes of 75 basis points in recent months. The central bank has now raised its benchmark rate to a range of 3% to 3.25%, and signaled further increases in the coming months.

But the Fed risks going too far, after maintaining an overly loose monetary policy through 2020 and 2021, Siegel said. “The pendulum has swung too far in the other direction,” he argued, adding that he now views recession as a greater concern than inflation.

“If they stay as tight as they say they will, continuing to hike rates through even the early part of next year, the risks of recession are extremely high,” Siegel said. He asserted that much of the rapid price growth is over, but inflation will appear elevated in official statistics for a while as economic data lags reality.

“The biggest threat is recession, not inflation today,” he added.

This is not the first time Siegel has criticized the Fed’s handling of the US economy. He recently slammed the central bank’s apparent lack of diversity in thought, because none of its members opposed Fed Chair Jerome Powell’s hawkish stance. Prior to that, he said that Powell was making one of the biggest policy mistakes in the Fed’s 110-year history.

Siegel isn’t alone in his pessimism about where the US economy is heading. According to Ned Davis Research’s Global Recession Probability Model, there’s now a 98% risk of a global recession.