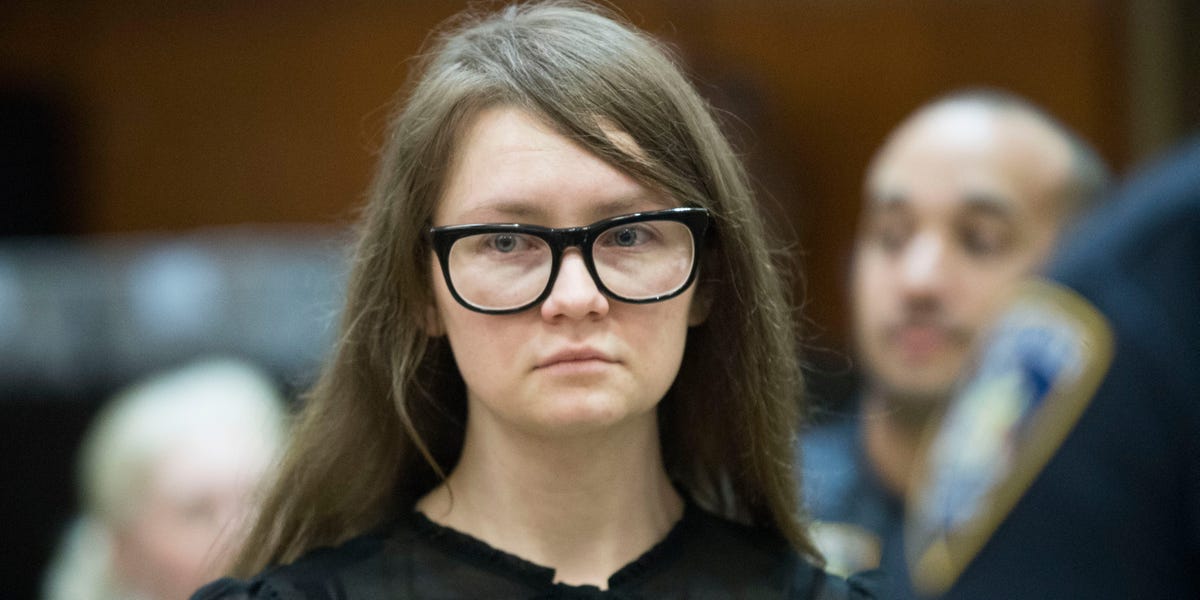 What’s next for Anna Sorokin, of ‘Inventing Anna’ fame, now that she’s out of jail? The convicted fake heiress says ‘wait and see’

Sorokin, 31, was released from the Orange County Correctional Facility, 80 miles northwest of New York City, after more than a year behind bars for overstaying her visa, according to law enforcement.  She was taken to the FBI’s lower Manhattan headquarters to complete paperwork before arriving at a home in the East Village, the New York Post reports.

The NY Post caught up with Sorokin the night of her release, and the former socialite said she was “just happy to be back” in Manhattan.

In photos, she was seen sporting a sweatsuit and ankle monitor as she spoke to the press at her apartment building.

It’s unclear how long Sorokin will remain under 24-hour house arrest, but under the terms of her release, she is banned from social media use and was required to post $10,000 bail, Insider’s Cheryl Teh reports.

When the NY Post asked Sorokin about future plans for an art career – she did numerous drawings while in the immigration detention center – she didn’t give too much away.

“I don’t know. We’ll have to just wait and see,” Sorokin said.

Sorokin was convicted of multiple charges — including grand larceny — in 2019 after pretending to be a German heiress named Anna Delvey in order to scam New York City socialites.

The German citizen, went on a years-long crime spree during which she swindled tens of thousands of dollars from friends and hotels, and millions from Fortress Investment Group, Bloomberg reports.

She was released in February 2021 after two years behind bars only to be detained by ICE six weeks later. Although she’s no longer in detention, the results of Sorokin’s immigration case are still pending.

Sorokin gained infamy thanks to a 2018 New York Magazine piece detailing her crimes, which was followed by a 2022 Netflix series titled “Inventing Anna.”